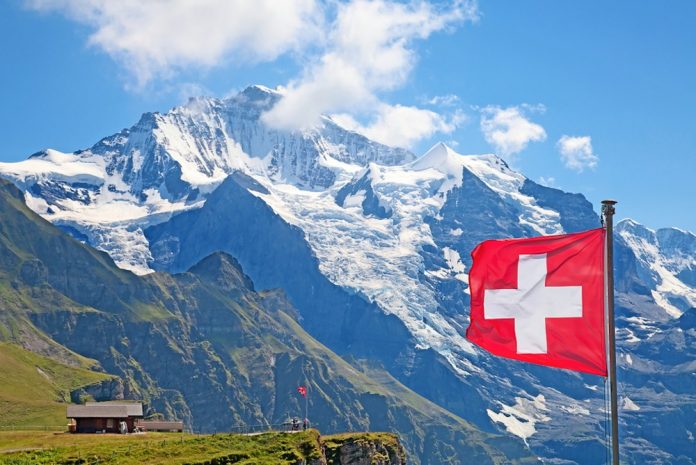 Belgian-based DR Gaming Technology™ (DRGT™) is extremely proud to celebrate a decade of successfully operating its gaming management and jackpot systems in Switzerland.

In 2008, Grand Casino Bern became the very first casino in the Swiss Confederation to adopt the DRGT™ system. Subsequent to which, a number of DRGT™ designed and managed jackpots have also been added, in so doing entrenching the relationship, and affording Grand Casino Bern the ability to enhance its product offering to its players.

As DRGT™ grew, so did its legacy and market confidence, not only in Switzerland, but elsewhere too, and no more significantly than its home country of Belgium, where now all 9 (nine) Belgian casinos: Casino de Namur, Casino Blankenberge, Casino Ostend, Casino de Dinant, Casino Knokke, Casino Middelkerke, Casino de Spa, Casino Brussels and Casino de Chaudfontaine operate on DRGT’s™ system.

It’s next foray into Switzerland was at Casino Lugano in 2009, where, since inception, ‘the system has reached outstanding levels regarding floor performance and reporting’ according to Lugano Casino Chief Executive Officer, Emanuela Ventrici. ‘Thanks to DRGT™s solution, we are now able to automatically acquire information used to optimize our gaming performance’ continues Emanuela; ‘As the largest casino in Switzerland, based on the number of operational slot machines (430), the DRGT™ system has afforded Casino Lugano the ability to seamlessly link a wide range of manufacturers machines of varying ages to what is an extremely reliable and stable management and jackpot system. “With their cashless solution, we can collect extremely useful and detailed information in order to improve the player experience and the floor performance. My marketing and slots managers rely on the system heavily and we could not run our business the way we do without it. I’d gladly recommend DRGT™ to both new and existing casinos who are looking to not only improve their operations, but their players experience too’.

DRGT™s next Swiss installation was at Casino Locarno, a year later, where the Company’s jackpot functionality, ease of installation and multi-currency capabilities were key drivers behind the operations’ decision to appoint DRGT™ as its new gaming system service partner. Casino Locarno IT Manager, Davide Bogo confirmed that; ‘….high availability, independent of a central DB, fast modifications and relevant updates, as well as DRGT™s compatibility with many machines, even old ones,…’ have ensured a healthy and respected relationship over the last 7 (seven) years. “There was a big vision by developing the system and the SMIB, this small webserver with all its possibilities and features. The vision of this and having the right people makes it strong!!’, added Bogo.

Following the above three Swiss installations in 2008, 2009 and 2010, Casino Geneva adopted the DRGT™ system in 2014, followed by Casino Davos’ adoption of DRGT™s jackpot and accounting system in November 2012, with Casino Neuchâtel following suit with a full suite when it opened its doors shortly thereafter, in December 2012. Subsequent to that initial installation at Casino Neuchâtel 6 (five) years ago, and working in close association with Grand Casino Bern, DRGTs™ longest standing Swiss customer, Casino Neuchâtel adopted drScreen in 2015, in so doing offering it and its players unprecedented marketing and engagement opportunities.

Expanding on the initial drScreen hardware installed at Casino Neuchâtel in 2015, DRGT™ recently launched its drScreenUltra, the biggest player tracking interface in gaming today; with the new device offering vivid 1,280 x 320 resolution, and an amazing 8.8 inch multi-touch screen that incorporates a built-in RFID (Radio Frequency Identification) reader, allowing players to simply “Tap and Play’’ using NFC (Near Field Communication) to start and end their gaming session. The solution is the first step towards creating true cardless gaming, the second and final step in the process will be the roll-out of DRGT™’s Mobile Phone Application and integrated e-wallet which is currently in development. Once the development thereof is completed, players will be able to download the App for either iOS or Android devices and then start and end their gaming session, access their loyalty points status, enjoy “on screen bonussing”, earn and redeem their loyalty points for rewards not only in the casino, but at designated restaurants, events, and hotels, amongst many other features by simply “Tapping” their mobile phone on the drScreenUltra.

The most recent two DRGT™ installations in Switzerland took place in 2015 at Casino Interlaken and Grand Casino Basel. The former installation happening in just four weeks from order. At Grand Casino Basel, when the management team was looking to strengthen its systems and jackpot offering, DRGT™ stood out as the preferred systems partner again, not only due to the outcome of Grand Casino Basel’s own research, but also as a result of the company having such a strong Swiss base. Security, stability, and support all played a key role in appointing DRGT™. The physical installation was completed in a single day, during normal operating hours.

With such strong support and endorsement from existing customers in Switzerland, DRGT™ continues to eagerly pursue further expansion into the country, across Europe and the globe. Most notably is the recent approval of a systems and Tables side-bet installation quote by Casino Crans-Montana and an accounting, jackpot and cashless systems installation order for 256 devices from Grand Casino Luzern.

As the world’s fastest growing gaming systems service provider and the supplier of the largest selection of jackpot configurations of anyone currently worldwide, DRGT™ Chief Executive Jurgen De Munck has stated that he is proudly looking forward to expanding on the Company’s decade of Swiss, and other global successes, at an even quicker rate.