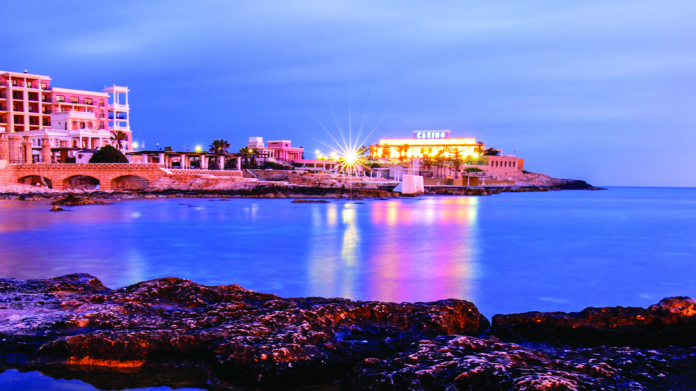 While Dragonara Casino has welcomed the decision which will extend the duration of its lease until 2083, critics of the move contend that the government’s failure to call a tender is in breach of EU state aid rules.

The 64-year extension of the Dragonara Casino concession until 2083 will save the property’s operator millions, but its competitors have protested the Labour government’s decision which they characterised as “very unfair” and a “closed-door deal”.

Dragonara Gaming, co-owned by Johann Schembri and the Bianchi Group, previously had a 10-year lease agreement with government-owned Casma Ltd which was due to expire next year.

The new lease extension agreement was approved by the Maltese parliament on 2 July, after a motion presented by Economy minister Christian Cardona, and seconded by deputy prime minister Chris Fearne, was not contested by the opposition.

“We are also happy to note that such extension found the approval of both sides of the House of Representatives,” said Dragonara Casino director Franco Degabriele.

However the decision is proving a controversial one, given that the extension was granted without a call for tenders having been issued and the agreement was reportedly not presented to the Maltese cabinet beforehand.

Dragonara Gaming currently pays EUR1.2m in rent annually under a 10-year lease agreement awarded by tender in 2010. But under the renewed lease the casino will be paying EUR500,000 for the first 15 years of its 64-year term.

Following this, for the remainder of the lease, Dragonara will pay EUR1m a year, with this figure set to increase by five percent every five years thereafter, with the first such rise coming into effect on on the 21st year of the concession.

Rival casino operators have strongly criticised the extension, which they contend is anti-competitive.

“We cannot understand why Dragonara is being given preferential treatment over such a lucrative long-term lease without a competitive tender being issued,” said an unnamed industry source quoted in Malta Today, while other industry stakeholders questioned whether the agreement is in breach of EU state aid rules.

“There is no doubt at law, that the concession had to go out for a public expression of interest after the expiry of the 10-year period,” said another operator cited in the newspaper.

“Nothing in the rules governing concessions exempts MIMCOL [Malta Investment Management Company Limited] and Casma from adhering to public procurement regulations. There is no doubt that this was no simple extension of the concession.

“At a concession of 64 years, it would have been attractive enough for the entire entertainment industry to bid for it. There is no doubt this was illegal, at both national and European level.”

At the time of writing, the opposition had yet to officially comment upon the lease extension, but it has been criticised by individual politicians.

Nationalist Party MP Jason Azzopardi called on Cardona to “immediately resign” following what he characterised as a “scandalous” lease extension of government land without a competitive tendering process.

“This means that millions of euros and government land is simply being given away and all this behind the Prime Minister’s back because the deal did not go through Cabinet,” Azzopardi argued.

Nevertheless, the Economy Ministry has defended the decision, insisting that the site in question consisted of private land which was under Casma Ltd’s administration, under a title of temporary emphyteusis, also known as a temporary ground lease.

“As such, Casma Ltd may administer the site and dispose of same as it may deem most appropriate and in the best interest of the Maltese economy,” a ministry spokesperson clarified.

Given this, the spokesperson clarified that Cardona presented the motion in Parliament “for the sake of transparency.”

On the 9 July, the Times of Malta reported that a government source who had been privy to internal discussions on the matter, said the legal advice it had received indicated that the extension should have occurred after a public tendering process.

This advice was also said to have cautioned the government that the extension of the agreement may constitute a violation of public procurement obligations, and could potentially lead to infringement procedures by the European Commission.

While the island is primarily known for its iGaming industry, Malta is home to four land-based casinos, the largest of which is Casino Malta, operated by Estonia’s Olympic Entertainment Group, with 300 slot machines and 29 table games.

Situated in St. Julian, north of the country’s capital, Valletta, Dragonara Casino features 300 slot machines, 15 tables, along with a poker room and a VIP lounge.