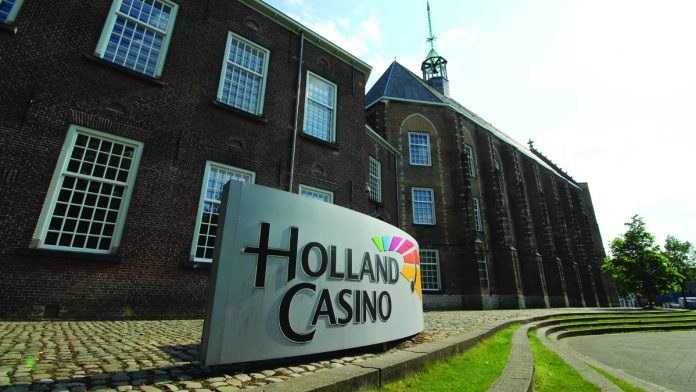 Following years of delays and the increasingly vocal frustration of gaming industry stakeholders across Europe, the Lower House of the Dutch parliament has finally passed a historic bill to regulate online gambling in the country. James Walker reports.

[dropcap]O[/dropcap]n July 7, the Dutch Lower House passed a bill to regulate online gaming in the country for the first time. The bill, which passed with a wide majority, follows several years of lobbying and research efforts, as both online and land-based industry stakeholders fought to bring the Netherlands’ gaming legislation into the 21st century.

In the days leading up to the vote, the Lower House adopted a series of amendments to the Remote Gaming Bill. Now, however, following the widespread support of the legislation, Willem van Oort, a Dutch gaming consultant and founder of the annual Gaming in Holland conference, said “the draft law is expected to easily pass in the senate”.

The amendments, which were rushed through at the 11th hour in an effort to help secure the ‘yes’ vote, included a prohibition on the country’s land-based gambling operators from using their current player databases to market their online sites – a move that ensures they won’t have an unfair advantage over new entrants.

The amended bill also removed the right of KSA to block the domains of unauthorised gambling sites. The amendment noted that blocking unauthorised sites was a noble goal but found there were “more disadvantages than advantages” to this scheme, which could interfere with “the smooth technical operation of the internet”.

The Dutch regulator might be initially relieved by the lower workload of a smaller number of licensees, but it is likely that Dutch online customers will find a good deal more supply than the half-dozen or so operators likely to be profitable in such a high tax environment

In addition, the bill contains some new advertising restrictions, including limits on marketing sites via non-pay television channels and promoting in-play wagers during sports broadcasts. Online gambling operators will also be prohibited from accepting wagers on any sports team with which they have a sponsorship deal.

The Dutch senate is currently on its summer break and due to reconvene in the autumn. The Permanent Committee for Security and Justice has been scheduled to discuss the bill on October 4. Now parliamentarians have approved the legislation, the Netherlands could launch regulated online gaming by the third quarter of 2017.

The Dutch remote gambling market – which is presently remains wholly unregulated – is valued at E220m. However, while the rubber-stamping of the bill would finally bring the country into 21st century technology, some have warned that the 29 per cent GGR tax rate may result in a larger-than-necessary black market.

“The Dutch regulator might be initially relieved by the lower workload of a smaller number of licensees, but it is likely that Dutch online customers will find a good deal more supply than the half-dozen or so operators likely to be profitable in such a high tax environment,” said London- based gaming consultancy firm, Regulus Partners. “This will reduce the real tax yield on Dutch online gambling spend, while also increasing the long-term problems of unregulated online gambling facing the Dutch government.”

Allan Littler, gaming lawyer at Kalff Katz & Franssen, commented: “How attractive and successful the regime proves to be depends upon secondary legislation, of which we will get a clearer picture in the autumn when it is released for public consultation.

“Fortunately, for the agility of the regulatory process, amendments which sought to give parliament a say in secondary legislation, which will put the meat on the bones of the legislative framework, were not adopted.”

In the days leading up to the passing of the Dutch Remote Gaming Bill, Holland Casino, the country’s state-owned gambling group, took an important step forward in the development of a new property in the southern province of Limburg. June 27 saw the group complete the purchase of 28,000sq.m of land in the town of Venlo, near the German border, and it is expected that a new gaming and entertainment venue will be opened in 2018, replacing the existing Venlo casino.

“Holland Casino is investing in the future with the construction of this new facility in Venlo,” said CEO, Erwin van Lambaart (pictured). “With our long-term strategy, HC2020, we are working on the casinos of the future.

“It’s a good location, visible and accessible, with guaranteed free parking at the door. In short: all the ingredients for success are present. We think we can attract more visitors to the new casino and thus give a boost to employment.”