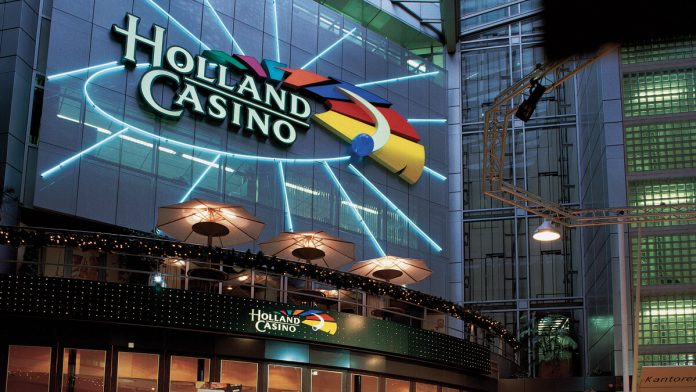 With Holland Casino on the cusp of privatisation, the company’s CEO Erwin van Lambaart has urged the Dutch parliament to push ahead with the country’s remote gambling bill in order to create a fully liberalised and regulated gaming market. James Walker reports.

[dropcap]T[/dropcap]he wind of change is blowing through the Dutch gaming industry. The country’s stateowned casino operator, Holland Casino, is due to be privatised next year, paving the way for new entrants in the land-based gambling sector. Yet while the intricacies of the privatisation process are being finalised, Erwin van Lambaart, CEO of Holland Casino, hit out at the Dutch government for dragging its heels over a separate, but equally important, industry issue – the country’s Remote Gaming Bill (KOA).

Speaking at the Gaming in Holland conference, which took place in Amsterdam on June 7-8, van Lambaart said: “I am very critical of our parliament today. Months and months have passed, and still the KOA has not been discussed in our parliament. Why is this a problem for me? Because this law was written in 1964. The world has changed but our law has not. Dutch consumers have insufficient protection, and having this law in place will help to stop illegal operators. We are a major advocate of market regulation.”

This year, however, he said: “There’s not a snowball’s chance in hell licences will become available this year. Some even take the view that 2017 is overly optimistic. I’m afraid I have to say I think I share that view.”

As the industry continues to lobby the Dutch government to push ahead with its remote gambling bill, the privatisation of Holland Casino is on track to take place before the end of next year. While full details of the privatisation are yet to be announced, van Lambaart said the incumbent operator will be forced to offload four of its 14 casinos to bidders, while two additional land-based permits will become available.

“These are exciting times for the industry,” van Lambaart stated. “Holland Casino is an organisation that has made an impressive turnaround over the last few years. Three years ago the company made a significant loss and was in real trouble. In 2015 this company made a turnover of E576m and a profit of E67m.”

The CEO added: “I have great confidence in the future of our industry and, specifically, for Holland Casino. We are adapting our marketing strategy for that and have plans to improve this in 2017.”