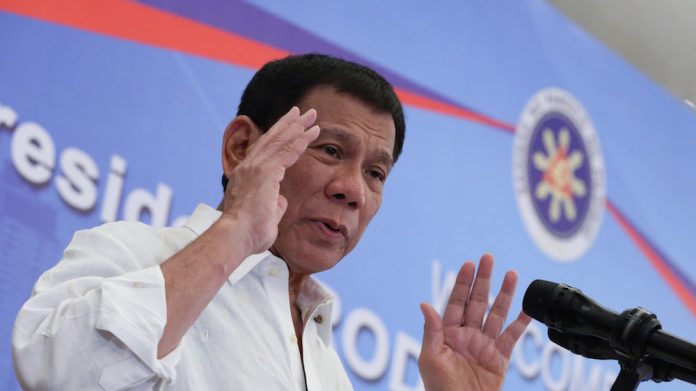 The future of Hong-Kong listed Landing International’s $1.5bn NayonLanding project could be in doubt in the face of a government inquiry into its land lease contract for the project.

President Rodrigo Duterte has ordered the Department of Justice to review the land lease contract between the state-owned Nayong Pilipino Foundation (NPF) and Landing International Development.

“The president has instructed a review of the contract of lease entered by NPF with Landing Resorts Philippines Development Corp, which [he] described, in his own words, as ‘flawed’,” said presidential spokesperson Harry Roque in a statement on 7 August. “It was entered into without public bidding and was disadvantageous to the government.”

Concurrent with the announcement was the news that the president had dismissed the entire board of the NPF.

Justice secretary Menardo Guevarra subsequently confirmed that he has instructed the Office of the Government Corporate Counsel “to immediately review all the relevant facts and reevaluate and examine all contracts, agreements, and other documents” regarding the land lease contract.

He added that the review would include “the legal opinions previously rendered by the Office of the Government Corporate Counsel to its client, Nayong Pilipino Foundation”.

However, the regulator has since clarified that this licence was “conditioned upon” the company having obtained “a valid lease contract” for the project.

In spite of the announcement, Landing International affirmed in a statement that its $1.5bn IR project is “still pushing through and its lease contract with Nayong Pilipino Foundation is still valid and effective”.

“Unless the lease contract is cancelled or nullified on solid legal grounds by the courts, Landing has reason to believe that it is a valid leaseholder and can legally proceed with its project,” the company contended.
“From the group’s view point, the recent decision of the Philippine government to replace members of the NPF board of trustees did not affect the validity of the subject contract of lease.”

Landing’s proposed development includes multiple hotels, a convention centre, and both theme and water parks, along with a casino hosting 155 tables and 239 slot machines and electronic table games, and was slated to begin operations in 2022.

The decision to review the lease comes on the heels of a complaint to Philippines’ Commission on Audit ( COA) by Maria Fema Duterte – president Duterte’s niece and an NPF board member – which alleged that Landing would be underpaying for the land.

A subsequent report by the COA found that the NPF Board of Trustees headed by Patricia Yvette Ocampo, approved Landing’s proposal “without conducting an independent appraisal and advertisement to the public to solicit offers from other interested parties to ensure that the proposal is the most advantageous to the government.”