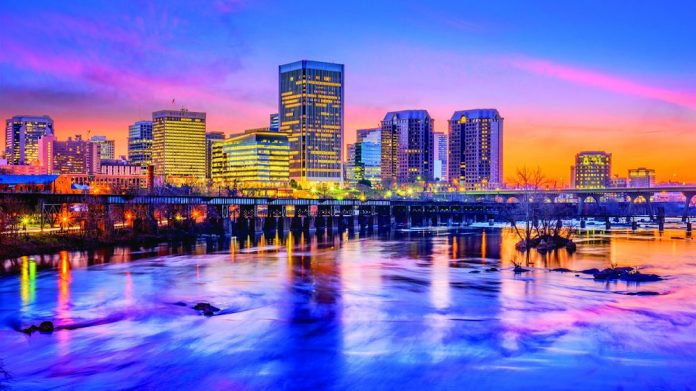 A new contenter entered the ring in Virginia’s casino rumble last month as the federally recognised Eastern Band of Cherokee Indians announced plans to build a 350-acre resort within arm’s reach of an existing Hard Rock proposal in Bristol. Only one will leave victorious, but there’s still four other licences up for grabs as the Old Dominion state moves to legalise the world’s oldest pastime.

While Virginia is yet to welcome the industry into its mountainous embrace, operators have begun queuing at the gates of the Old Dominion state with plans a-plenty, particularly for a site by the Tennessee border in Bristol, where Hard Rock and the Eastern Band of Cherokee Indians (ECBI) are ready to duke it out to decide who gets the territory.

The tribe have partnered with developer Steve Johnson for the project, which proposes a casino, a 15,000-seat outdoor concert venue and a hotel with an indoor water park adjacent to The Pinnacle retail complex, which sits on the Tennessee side of the state line.

“I have visited the site along I-81 and I am impressed with its strategic, gateway location that serves a five-state area,” said ECBI Chief Richard Sneed. “It is our wish to bring new tax revenue and jobs to Washington County and the Southwest Virginia region in a positive and impactful way.”

However, the location of the Cherokee project puts it in direct competition with a $250m project that Hard Rock and two Virginia businessmen, Jim McGlothlin and Clyde Stacy, announced in 2018.

The two sites are so close together that the mall building shows up on an overhead map of the Cherokee project, but only one can be built. McGlothlin and Stacy claimed the land first and have two big advantages.

The site has already been inspected and they are located in the city limits of Bristol; two important requirements required by Governor Ralph Northam’s bill, which was signed into law last March.

However, the bill has been under review by the Joint Legislative Audit and Review Committee (JLARC) and must be reenacted during the 2020 General Assembly session, with no license is to be issued before July 1, 2020.

As such, the ECBI is supporting a change to the legislation, proposed by the JLARC review, before the bill lands back on the Governor’s desk. This is for lawmakers to consider awarding licenses through a competitive bidding process.

Greg Habeeb, who represents the Johnson and ECBI project, explained why such a process would benefit the state. “Ultimately, what the state needs to do – put individual projects aside – the state is going to do very few casinos, so when they do them, they must be done right and with the broadest economic impact in mind, and we think that this project, standing up against any other project in the region, will show remarkable economic impact that will last for generations,” said Habeeb.

Meanwhile, Johnson was optimistic that this would be the legislative session during which lawmakers approve casinos in the state, with a competitive process clearly high on the agenda.

“We’re buoyed by really the high points of the study, which, in my view, were the fact that if Virginia were going to move forward with gaming, and how it would look like and however it looks, that the state’s desire would be for it to be a competitive process, number one, and then their desire to be aligned with a federally recognized tribal nation.

Those are two very salient points that really, in my view, highlighted the JLARC study,” he said. Less enthused, Johnson’s competition, McGlothlin, expressed his disdain for the idea of a competitive bidding process.

“I don’t know how that would work. We have a standing facility that we made a purchase of, and it seems we would be the choice for the city,” he said. “I would propose that we don’t need to make this two or three years of having RFPs [requests for proposals] and everybody in the world come here.

We need the city to make that choice and let the referendum be voted on. Then the state would have to issue the license, and, at that point, if they don’t like the proposed operator, the state could turn it down.

We can’t wait years and years to do this.” The chief patron of the house bill, State Del. Terry Kilgore, said the ECBI proposal “throws a wrench in the process,’’ adding that its a “little bit late in the game for new projects” and pointing to ECBI’s lack of participation in the JLARC review.

However, that same review clearly states a competitive selection process “is important in a limited casino market” and that Virginia is such a market yet “a competitive bidding process is not included in the legislation”.

Showing the tribe’s intent to fight to the last with Hard Rock – operated, of course, by the Seminole Tribe of Florida – Sneed emphasised his connection to the Bristol area. “The location of the casino will be within the beloved ancestral home of the East-