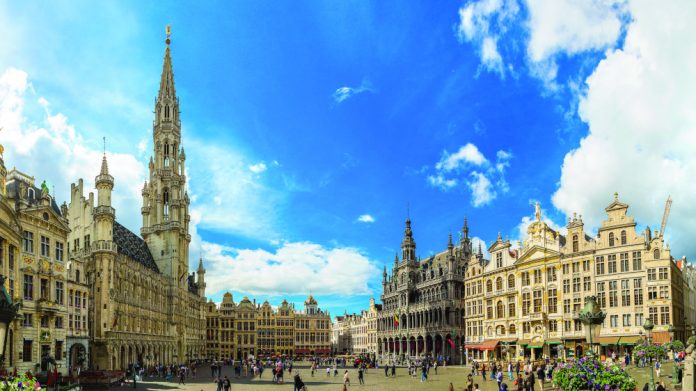 Following one of the most difficult periods ever faced by the land-based casino industry in Europe, the challenge of stabilising and rebuilding the business falls upon all members of the European Casino Association (ECA).

The support and assistance provided by the ECA to members has been crucial to the effective pandemic response of the European casino sector as a whole. The election of the European Casino Association’s new Board of Directors for the next three-year term, is therefore of significant importance. Voting took place at the ECA General Assembly on 28 June via video conference.

Votes from the General Assembly have been gathered and for the first time two vice chairs have joined the ECA Board. Bettina Glatz-Kremser doubles down on her former board member role by joining Pascal Camia to confidently steer the direction of the association. Thomas Schenk has been re-elected as ECA Treasurer for an additional term and the ECA extended a warm welcome to three new board members, Erwin van Lambaart, CEO of Holland Casino, Domi De Wilde of the Belgian Casino Association and Tiina Siltanen, general manager of Casino Helsinki.

“The ECA is delighted to welcome three new members to the Board at this year’s General Assembly.

The breadth of experience and knowledge that every board member brings to their role is vital for the recovery of the land-based casino sector, and I am very grateful to Domi, Tiina and Erwin for committing their time and energy to the ECA,” said re-elected chairman, Per Jaldung. “And I am especially pleased that Bettina Glatz-Kremsner has stepped into the vice chair role alongside Pascal Camia.

“Having the ability to call upon two such dedicated and experienced casino industry professionals is an invaluable resource for the ECA,” he added.

During an engaging and productive meeting of the General Assembly, the ECA set an agenda for the next three years that included: fighting illegal and unlicensed gaming offers; promoting the Europe’s casinos and local tourism as well as local value creation; addressing diversity, environmental and climate issues in the sector; the integration of digital gaming offers within the portfolio of land-based operations; and working closely with regulators and stakeholders to optimise the operational environment.

Acknowledging the appointment to joint vice chair, Bettina Glatz-Kremsner added: “I am honoured by the faith and trust placed in me by the ECA membership. I look forward to fulfilling my additional duties as vice chair during this exceptionally difficult period for the land-based casino sector as we meet and adapt to the challenges of sustainability, responsibility, safety and inclusion.”

The ECA also thanked its partners and sponsors – including Clarion Gaming, Tableswin, Vixio, AGEM, Aristocrat, and Playtech – for their support during the ongoing crisis.

“I would like to thank all of our partners and sponsors for their continued support of the ECA during the exceptional circumstances of the past year,” stated Hermann Pamminger. “As the European Casino Association continues to grow both in numbers and relevance, the support of our partners enables us to continue to provide a unified voice for the land-based casino sector that is heard at all levels of government, resonates with regulators and legislative bodies, and supports the message that this sector makes a valuable contribution to the local communities in which we operate.

“I would further like to thank all our members for their participation in the General Assembly and for their continued support throughout the year,” he concluded.