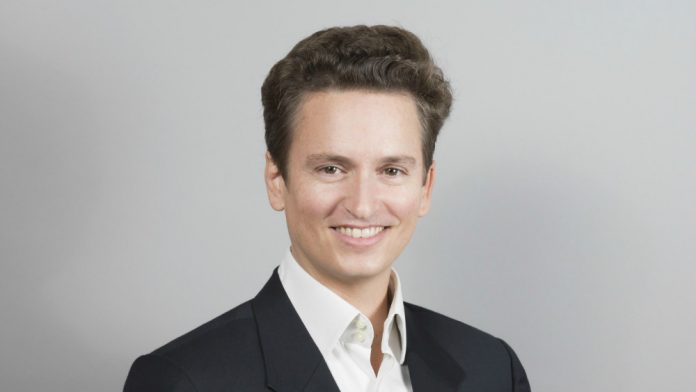 CEO of Oulala, Valéry Bollier establishes Malta as future home of Fantasy Sports in Europe ahead of iGaming Education Forum

[dropcap]T[/dropcap]he iGaming Education Forum has confirmed the inclusion of a dedicated Fantasy Sports session to be delivered by the co-founder and CEO of Maltese fantasy football company Oulala, Valéry Bollier, and Malta Gaming Authority’s Senior Legal Advisor, Michele Magro. The session, which will take place on Day Two of the event (November 17, 2016) during SiGMA 2016, will focus on the current trends and future trends governing this emerging section of gaming with unique insights from two passionate voices working within the sector. The forum’s organisers, iGaming Academy, said they were pleased to be able to secure two such prominent figures in the Fantasy Sports sector with a profound understanding of the Maltese territory that they believe will deliver engaging workshops and help them in their aim to ‘ grow the industry through education.’

Despite a growing demand from the European customers, none of the legislators had yet decided to create a specific legal frame for this very new activity. This is not really a surprise as it is quite common on Internet that the market moves at a much quicker pace than the legislators.

With over eleven years of experience in the iGaming industry, regular appearances at industry conferences and seminars and a passion for Daily Fantasy Sports (DFS) and ‘Big Data’, Oulala’s Valéry Bollier believes Malta to be the future home of the DFS sector in Europe. He explained: “Daily Fantasy Sports was born in the USA in 2008. From scratch, an entire industry grew in less than 10 years, creating thousands of jobs, taxes and wealth.As usual, Malta’s authorities were the first ones to foresee the potential of DFS in Europe. Despite a growing demand from the European customers, none of the legislators had yet decided to create a specific legal frame for this very new activity. This is not really a surprise as it is quite common on Internet that the market moves at a much quicker pace than the legislators.

Commenting on the development of the sector in Malta, Valéry said: “DFS is a game of skill but most countries, because they had no licensing process, considered it, by default, as a ‘pool betting’ game of luck. It was crucial for us to push for a legal framework adapted to the multiple specificities of our sector.

“Oulala, was born in Malta 3 years ago and pioneered the DFS sector in Europe,” he added.“We are more than proud knowing that Malta is now the first European country to create a specific skill game licence. The Malta Gaming Authority has, once again, shown the way, and there is no doubt that the entire European DFS and skill game sector will soon consider Malta as its home.

Michele Magrohas been part of the Malta Gaming Authority’s legal team for over four years, advising on matters relating to gaming regulation, general legal and EU affairs, other policy matters, and drafting legislation. Discussing the MGA’s support of the DFS sector, he said: “Since the inception of gaming regulation, legislators and regulators have faced the problem of the fine line distinguishing games of chance, and games of skill. The former is understood to require strict legislative intervention in view of the risks it poses to society. On the other hand, skill-based games played for money present less of a risk for society, and although there are often cases where regulation is warranted, placing them in the same basket as games of chance is disproportionate.”

“The MGA has been studying this issue for quite some time. In January 2015, it published a consultation document requesting feedback from industry stakeholders on the regulation of digital games of skill. The respondents included game developers, DFS operators, law firms and eSport platforms amongst others, signifying a wide-ranging sector that cannot be pigeonholed into a single legislative category. On this basis, the MGA issued a position paper in December 2015, distinguishing between skill games that require a higher level of regulatory intervention than others and identifying objective criteria for classification.”

Fantasy sports was identified as being a game which deserved a fresh look from a regulatory standpoint. The mechanics of the game, the research and knowledge required in order to win, and even the nature of fantasy sports players all indicate parameters which are different to games of chance,” he continued.“The MGA has since transitioned fantasy sports from a game requiring a Class 3 licence under the Remote Gaming Regulations, and is preparing a new skill games licensing and regulatory framework for the effective governance of this industry, without imposing unnecessary burdens to enterprise.”

For more information on the wide range of topics covered at this year’s iGaming Education Forum and to register, visit maltaigamingforum.com. Note that spaces are limited and on a first come first serve basis.