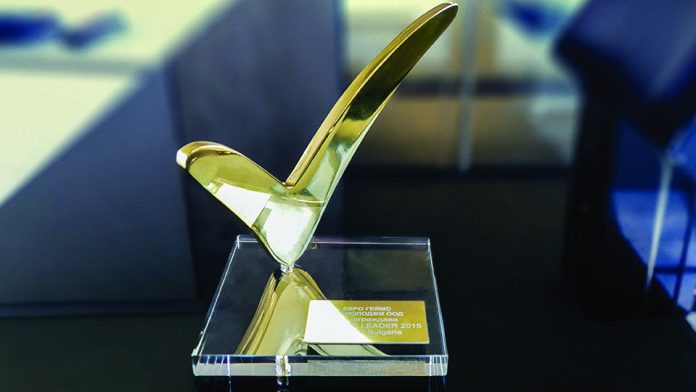 Euro Games Technology was named as a ‘True Leader’ by ICAP Bulgaria, and ranked 12th out of 300 selected companies based on published data from 2015.

[dropcap]E[/dropcap]uro Games Techology have been awarded the accolade “True Leader 2015” in recognition of the company’s rapid rise to become one of the leading manufacturers in Bulgaria.

EGT was confirmed 12th in the ranking of the 300 most successful Bulgarian business organisations, based on published data from 2015. The rankings incorporate businesses from a wide range of economic sectors and saw EGT outperform some of the largest domestic companies in the mining, FMCG and telecommunications industries, amongst others.

EGT ranked first in the “Electrical equipment and components production” category, a particularly strong section of the Bulgarian production economy. The awards, compiled by the Bulgarian subsidiary of the business information group ICAP, were based on multiple objective indicators including EBIDTA (Earnings before interest, taxes, depreciation and amortisation), increase in personnel, the high creditworthiness (ICAP Credit Score from B2 to A1) and the leadership of the company in its sector.

In only 14 years our company has evolved from a small business with five employees to one of the leading manufacturers in the Bulgarian economy.

EGT are understandably proud of the award, according to Vladimir Dokov, CEO of the rising gaming star. “In only 14 years our company has evolved from a small business with five employees to one of the leading manufacturers in the Bulgarian economy. We kept the positive growth trend that gained us the ‘True Leader 2015’ and even accelerated it in 2016, so I would expect that next year we rank even higher in the competition.”

Having been a key aspect of the local gaming market for many years, EGT has now developed to be mainly export-oriented and is competing with worldwide, well established producers in the industry.