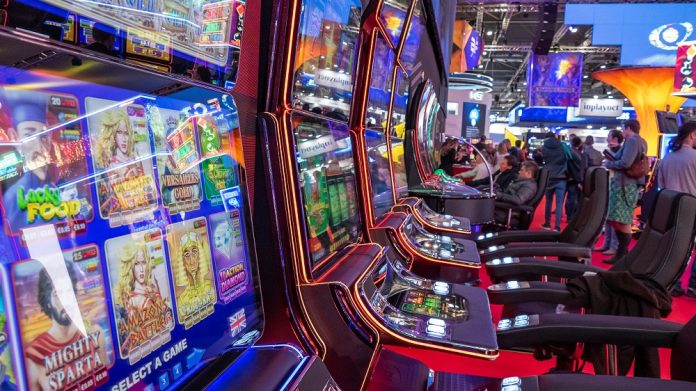 Euro Games Technology will be making its ICE Africa debut alongside its South Africa distributor, Custom Gaming Solutions, this 2-3 October.

Euro Games Technology (EGT) and its distributor for South Africa – Custom Gaming Solutions (CGS), are ready to make their debuts at ICE Africa 2019 on 2-3 October.

Forming one of the largest and most diverse displays at the show, both companies together with the EGT’s subsidiaries EGT Multiplayer and EGT Interactive, will showcase a 360-degree portfolio, rich diverse gaming solutions at stand 601.

“We are looking forward to our participation in ICE Africa 2019 alongside EGT,” said Steve Diversi, co-founder and managing director of Custom Gaming Solutions. “Our partnership has spanned over a decade and together we have built the EGT brand to stand for some of the most desirable products in the African market. Very soon we will put a special selection of them on display during one of the events that reflects the gaming potential of the region.”

According to Diversi, a uniting cause for both companies is their “passion and dedication to the industry”.

Founded 16 years ago, Custom Gaming Solutions has a history of identifying products that combine superior quality, affordability and longevity for the customers. Its primary mix of services also includes impeccable after sales and technical support, where the company has also amassed a considerable amount of experience.

“CGS recognises itself as a trustworthy partner for the operators in managing the distribution, maintenance, spare parts supply and performance analysis for the products that we sell,” added Diversi. “In the well-regulated African market we have built outstanding working relationships and our long-term cooperation with EGT, stemming also in their products that meet top-level standards, is also a source of pride for us.”

“We look forward to showing our customers the latest of EGT’s product line, including the brand new General series cabinets and game mixes that will be presented for a first time in Africa,” Diversi added.

“We are confident that our newest offers will be as successful, or even more, as the rest of the gaming machines we have so far installed.”

Building on an already well-established reputation, EGT has made an ample selection to display at ICE Africa.

The General cabinets had their world premiere at ICE London, immediately followed by numerous installations and highly positive feedback from both operators and players. Now the models G 32-32 VIP and G 27-27 Up will debut in Africa as well, equipped with the HD multigames Red and Fruits General.

The jackpot Premium Link unifies different slot machines and has been already successfully installed in the Millionaires Group new casino at Two Rivers Mall in Nairobi, Kenia, by the Custom Gaming team.

EGT Multiplayer’s latest generation of gaming terminals – the S-Line series, will be presented with the S32 model, featuring slim design and a 32-inch full HD main monitor with a touch screen. It may be arranged in multitude different configurations, can be connected to up to six roulette wheels and has its own multigame mixes of the King Collection library to guarantee tons of entertainment.

EGT Interactive’s offering will stress the online aspect of the gaming business. Targeting the younger generation of players, its line of products includes the most successful EGT land-based slot titles, adjusted to the internet environment and to all types of desktop or mobile devices for a hot game on the go.

The Spider CMS division will assert that its easily customisable software solution is a sound investment for every casino operator, striving for efficiently managed gaming floor. The system already marked its debut in Africa a few months ago with its installation at Winbet Casino in Das es Salaam, Tanzania, and has so far proven itself a valuable asset.

With the company looking to diversify within the African gaming market, EGT opened its own office in Tanzania several years ago that has enjoyed a stable growth ever since – only in the last 18 months it has delivered 30 percent more machines in the country than before.

Its Director, Lilia Georgieva, dealing also with customers from Kenya, Uganda, Rwanda, Ghana, Zambia, Cameroon and Angola, shared that multitude of EGT gaming solutions, like the cabinets P-24/24 and P-27/27 St, the jackpots Egypt Quest and Cat 4 Cash, the multigame Fruits Collection 2, and the EGT Multiplayer’s S-Line terminal S32 32 27 with the King HD 4 mix, have achieved great popularity in the region.

“The countries in the East African community are currently modernising their gaming industries and many domestic operators are renewing their machine park,” she said.

“Having a well-developed portfolio, helped us to rank in top 3 providers in these markets. Some of our customers are major establishments, like Casino Princess, Casino Galaxy and Casino Premier in Tanzania and Casino Simba, Casino Empire and Casino Kampala in Uganda to name a few. The majority of their machines are from EGT and have top performance. We certainly have a lot to offer to all participants in the industry and I am looking forward to meeting them at the ICE Africa show.”