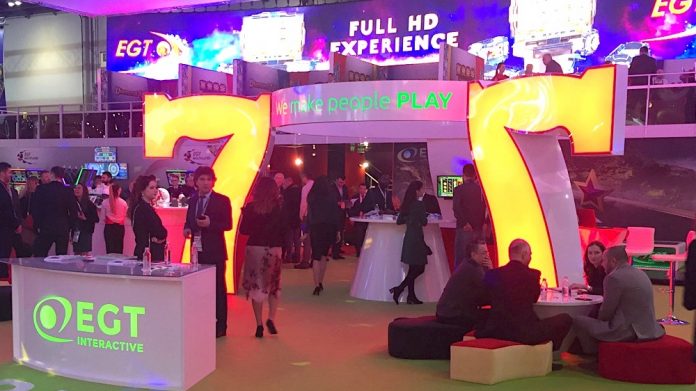 Bridging the gap between land-based casinos and the world of iGaming is the key to continued growth for the EGT brand, which has established its presence in the global gaming industry for more than 15 years, according to the company’s Sales Director of Online Systems, Elena Naumova.

In recent years, the company has focused on successfully transferring its most popular games from the gaming floor to online video slots and mobile gaming via its rapidly expanding digital branch, EGT Interactive, a move which has seen the online gaming software and solutions provider strengthening its position in key markets across the globe as well as targeting emerging digital territories in 2018.

EGT Interactive’s Sales Director, Elena Naumova, explained: “After successful expansion in most of Eastern Europe and the Baltics, this year we are heading for markets with high potential, such as Italy, Spain and Columbia, while at the same time we are continuously expanding our net of operators in the existing territories. Our know-how and experience has laid the foundations and established specific traditions for EGT Interactive which we aim to sustain as we continue to develop.

“Our team of regional representatives has broadened in recent months meaning we can now cast a significantly wider net in international territories and each month this year our teams have been demonstrating new products and meeting new clients at exhibitions throughout the world including a highly successful attendance at the biggest event in the industry, ICE London, and a productive presentation at the Italian ENADA exhibition. We aim to continue this with a comprehensive list of planned exhibitions in 2018 travelling to Macao, Colombia, Mexico, Spain, Eastern Europe, Amsterdam and all the way to Las Vegas.”

EGT Interactive’s continued expansion is bolstered by a steady stream of new games and additions to its platform, including the recently released 40 Lucky King video slot. Commenting on the company’s latest releases, Naumova said: “Staying true to our traditions we are constantly releasing new titles with a key focus on traditional multi fruit slots, while at the same time striving for innovation and variation to be in line with new trends in the industry. We have several new projects planned for release within the next couple of months and our expectations are these will continue to be very well received from our players in markets, both new and established, as we remain on this steady path of expansion.”