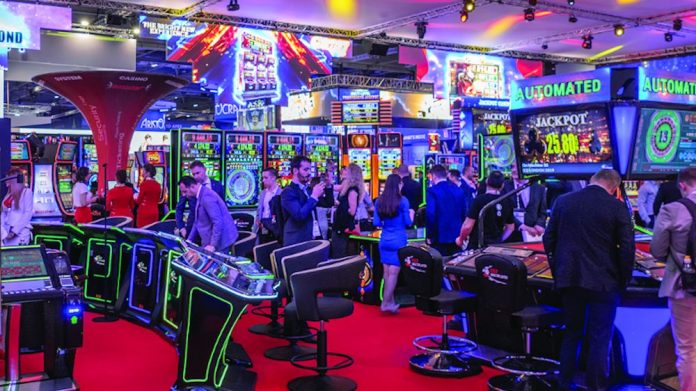 Supported by its regional partner Reel Games, EGT will be showcasing its new General series of slot machines for the first time in the US at G2E, along with its range of jackpot systems, including the four-level progressive Dragon’s Turn.

The relationship between Euro Games Technology and its US partner Reel Games continues to flourish, as new installations in Florida, Oklahoma, California and Puerto Rico have helped the Bulgarian company further increase its footprint in the Americas.

The companies aim to further capitalise on this growth at G2E 2019 and will present a range of newly developed cabinets, jackpot systems, terminals, and games, specifically designed for the North American market.

Powered by the Exciter III platform and featuring an ergonomic design and a large and convenient keyboard with a touch screen, the cabinets will display the Red and Fruits General HD multi-games, Gold Collection HD and Power HD mixes for visitors at the show.

The VIP models in the General series offer a further level of comfort and come with a high-tech multimedia chair with stereo speakers and gaming and volume controls integrated into the armrests.

EGT will also be spotlighting its range of jackpot systems at G2E, including the fourlevel progressive Dragon’s Turn; Amazon’s Battle Grand, a single-game product; and the Egypt-themed four- and five-level progressives Ancient Spin and Sands Princess.

Reel Games has already begun installations of Dragon’s Turn in Florida and Oklahoma casinos in September.

The company’s subsidiary, EGT Multiplayer is also making inroads in the US, while the firm’s latest products – the T-Line touch table roulette’s, the Premier R4, R6 and R8 automated roulette’s and S-Line terminals – have now been installed in Florida, Oklahoma, and California, and additionally in several cruise ship casinos. Fellow subsidiary, EGT Interactive will also be on hand at the show.

The firm’s online-based portfolio and internet platform have been gaining traction in a number of countries for several years now, while operators and players alike have praised the high hit and retention rate of the company’s content, along with its simple and user-friendly interface.

Meanwhile, the Spider CMS team will showcase its newly developed Player Tracking Module, a long anticipated addition to the system.

The future is bright for the expansion of the EGT product line in North America, while the company’s R&D department continues to focus on developing new titles and systems specifically for US players.

Through its partnership with Reel Games, the company reports that aims to see its products installed in most major jurisdictions in the country by the end of 2020.