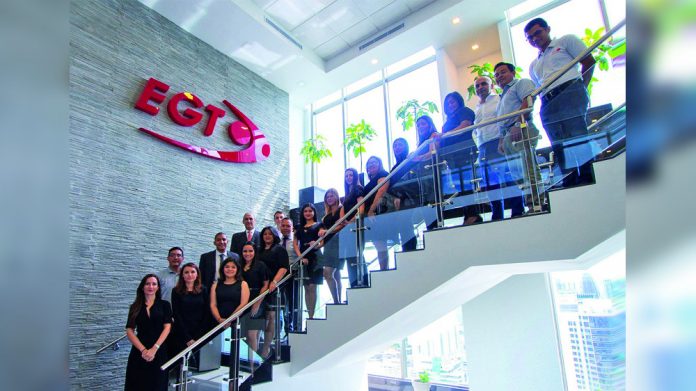 EGT continues to see success across Latin America, as Nadia Popova, the firm’s director in Central America, the Caribbean and Mexico explains, the company now has a presence in every regulated market in the region.

In the space of several years EGT has become a key gaming supplier in Central and South America, developing a network of offices that covers Panama, Mexico, Colombia, Peru, and Argentina, and establishing a presence in every regulated market in the region.

The company was recently certified in the Chilean market where it has already begun to forge partnerships with the country’s leading operators – Sun Dreams, Enjoy, Marina del Sol – and is preparing to launch a specially created range of single game jackpot systems.

EGT has also made inroads in Argentina, where the company is finalising a number of deals which will see its products installed in the country’s most important venues.

Suriname has played a key role in EGT’s LatAm success story, the company has over a 50 percent sales share in the market, and works closely with the local casino operators, including Princess, Pasha Global, Dice, and Torarrica.

In addition the company has established a strong position in Curacao, where it has cemented its market leadership with the launch of the Super Premier slot model and EGT Multiplayer’s terminals.

In Mexico, EGT is looking to expand its local team, in addition to establishing a second office in Monterrey and setting up a training centre in Guadalajara for operators’ technical support teams.

“Part of our development strategy in the country is to contribute to the qualification’s improvement in the gaming industry and we are committed to it,” stated Nadia Popova, director of EGT Central America, the Caribbean and Mexico. “Included in our global business policy is to constantly enhance our services, staying close to the customers. They could share so many bright ideas and their opinion on the machines, the trends, the players’ preferences guide us on our way to best satisfy their requirements.”

Popova explains that EGT is among the few suppliers that can offer a full range of products including slot cabinets, equipped with single game, or multigame mixes, jackpot systems, multiplayer solutions, casino management software, and interactive platforms, combined with a wide range of titles.

EGT is also making inroads in the Latin American iGaming sector. Following the legalisation of online gaming in Colombia, the company’s subsidiary EGT Interactive became one of the first suppliers certified in the sector and integrated its portfolio with Zamba and several other internet-based casinos in the country.

The company is also in the process of becoming a primary contractor for the major online operators in Mexico.

Meanwhile, EGT Multiplayer’s solutions are also gaining a strong foothold in Mexico and the company’s S-Line terminals have already been installed in Codere, Caliente, Winpot, Cirsa, and Grupo Orenes properties.

“Last year was the most successful for EGT in South and Central America and 2019th is shaping to yield even better results,” Popova continued. “We aim to fortify our leadership in the region, relying on our bestsellers – the Collection series multigames, the Lady’s Cards jackpot, the latest generation General slot cabinets and mixes, the Asian-themed Cai Shen Kingdom and Dragon’s Turn jackpots, the EGT Multiplayer’s products and other customised developments for the local market,” she concluded.