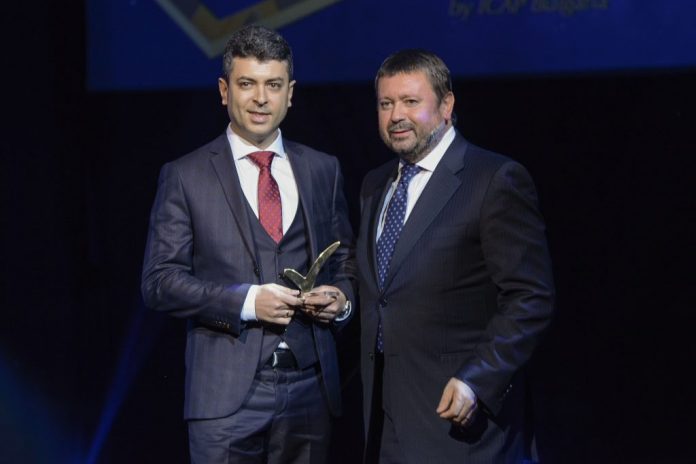 Euro Games Technology received the prize “True Leader” for a second time in the fifth annual edition of the eponymous competition.

The company ranked ninth among the best 300 enterprises in Bulgaria.

The accolade is for its financial results in 2016 when EGT recorded a growth of almost 80 percent in its EBIDTA in comparison to the previous year.

The company since became one of the top ten most successful businesses in the country of all industries, being already a leader in its category “Electrical equipment and components production” and outpacing the second contestant in the sector with three times higher EBIDTA.

The awards ceremony took place on 12 December in Rainbow Plaza, Sofia, followed by a gala dinner.

“Тhis accolade is a true honour to us, moreover we receive it in the year when we celebrate our 15th anniversary,” commented Stanislav Stanev, marketing & sales director of EGT.

“For this time frame our company has established itself not only as one of the leading manufacturers in the Bulgarian economy as a whole, but reached over 80 countries globally with its products and gaming content, developing a highly efficient network of 20 foreign offices.

“We achieved this thanks to our team and firm belief that the only path to success is to give more to our customers, exceeding their expectations. I am confident that we have further to go on our upward path keeping, or even improving, the achieved so far impressive results.”

The competition True Leader is organised by ICAP Bulgaria, part of ICAP Group – the largest business information and consulting group in Southeastern Europe and one of the few companies recognised as “Credit Rating Agency” by the European Securities and Markets Authority in the region.

The winners are determined on the basis of several measurable and objective indices, taking into consideration officially published information only, without including subjective jury assessment or results of public surveys. The participating companies must meet criteria such as being among the most profitable enterprises according to EBITDA for the relevant year, increasing the number of their staff and achieving a high credit rating.