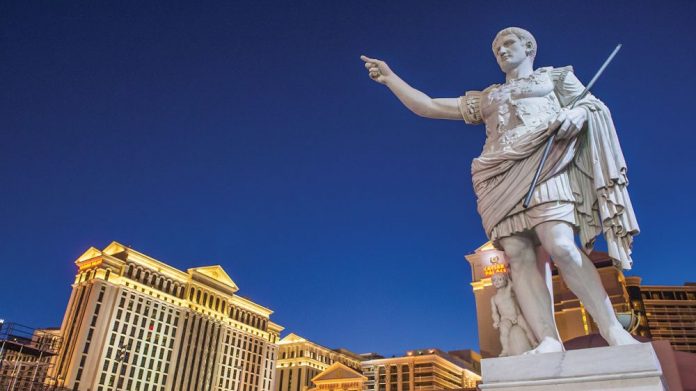 Eldorado was the term used by the Spanish Empire to describe a mythical tribal chief of the Muisca people – over time, this myth went from being a man, to a city, to a kingdom, and then finally to an empire. Last month, Renobased Eldorado Resorts confirmed the creation of its own empire under the Caesars banner, with both sets of shareholders voting in favour of merging into the largest casino operator in the world.

Shareholders from both Caesars Entertainment and Eldorado Resorts voted overwhelmingly in favor of ploughing on with the planned $17.3bn acquisition of Caesars Palace, Harrah’s and the World Series of Poker owner.

Slated to form in the world’s largest casino operator by gaming assets, the buyout could sees relatively small fish Eldorado establish a long coveted presence on the Las Vegas Strip by the first quarter of 2020.

“We’re still targeting a first half of 2020 closing date. If I were to place a bet today, I’d be betting on a first-quarter close versus a second-quarter close. But we’re going through regulatory and antitrust in real time,” said CEO Tom Reeg during the company’s third-quarter earnings call.

The purchase – first announced in June – is still subject to regulatory approvals, but there was no doubt last month that shareholders on both sides want to seal the deal.

Eldorado stockholders also approved the reincorporation of Eldorado from Nevada to Delaware, following the merger’s completion next year.

Eldorado will pay $7.2 billion in cash and 77 million shares of stock to acquire 51 percent of the company, as well as taking on Caesars’ existing debt. Once granted regulatory approval, Caesars will merge with Eldorado subsidiary Colt Merger Sub Inc and become a new wholly owned Eldorado subsidiary existing under the Caesars name.

The shareholders vote came after Eldorado reported revenue of $663.2m in the three months ending September 30, a 36.1 percent rise over Q3 2018’s figure.

However, on a ‘same-store’ basis, which theorizes that Eldorado’s recent major acquisitions were fully contributing to Q3 2018, revenue was down 4.1 percent. The operator also reached a record third-quarter adjusted cash flow of $197.8 million, up 7.9 percent from the same period last year on a same-store basis.

Reeg explained that the company’s margin enhancement and operating efficiency initiatives had driven the growth in cash flow, as well as revenue recognition from new sports betting partnerships.

He also reiterated that Eldorado would realize half a billion dollars in cost savings a year after the deal’s closing. The operator plans to sell Strip property after closing, but Reeg hasn’t indicated which one.

He did, however, acknowledge that recent property transactions on the Strip prove that the combined Eldorado-Caesars can create value from its assets there. Examples can be found as recently as October, when MGM Resorts International announced it was selling its landmark Bellagio property to a joint venture it is creating with Blackstone Group.

Meanwhile, as Eldorado’s acquisition of Caesars edges closer, the two companies have been busy streamlining their assets with the former last month entering into an agreement with VICI Properties that will see VICI acquire Harrah’s New Orleans, Harrah’s Atlantic City and Harrah’s Laughlin Hotel & Casino for a combined total of $1.8 bn.

Caesars has already sold the Rio All-Suite Hotel & Casino for $516.3m and announced in August that it would no longer pursue potential opportunities in Japan, however, work is continuing on its Korean integrated resort in Incheon, due to open in 2021.

Anthony Rodio, Caesars CEO, estimated the operator would cut approximately $100m ahead of the Eldorado deal closing, including being careful about filling vacant jobs and reducing its use of consultants and contractors.

While Rome wasn’t built in a day, with the shareholders approval Eldorado Resorts is one step closer to more than doubling its number of venues, and turning its Reno kingdom into a Las Vegas empire.