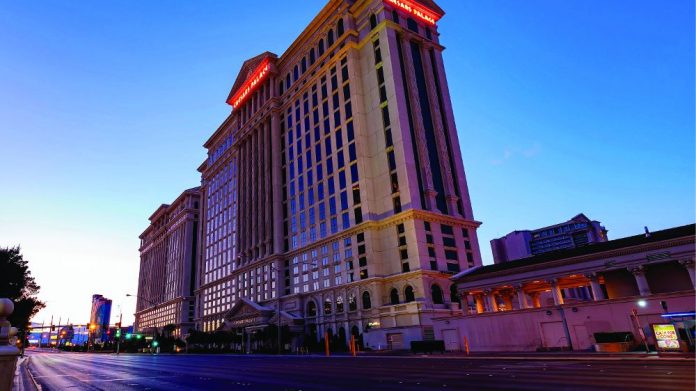 Despite concern that the $17.3bn merger between Eldorado Resorts and Caesars Entertainment could fall through amid the coronavirus pandemic, Deutsche Bank gaming analyst Carlo Santarelli contended the deal will ultimately move forward.

The ongoing coronavirus pandemic and the accompanying shutdown of casinos across the US has led to speculation that the $17.3bn merger between Eldorado Resorts and Caesars Entertainment could be on the rocks.

Under the terms of the deal, Eldorado must begin paying Caesars almost $2.3m a day in so-called ticking fees after failing to meet a deadline to complete the takeover.

When the merger was announced last June, Eldorado agreed to pay Caesars 10 cents a share per month if the transaction did not close after nine months. That deadline passed on 25 March.

On 6 March, Eldorado held a board meeting to discuss the merger, with the company’s directors reportedly aiming to close the deal in April, according to unnamed sources cited in the local media.

However, the coronavirus pandemic shut down casinos across the US in mid-March and saw largest stock markets declines since the 2008 recession, raising concerns that the deal might fall through.

Eldorado shares lost 91 percent of their value in March, while Caesars fell 78 percent.

“The stock action has been particularly draconian,” Deutsche Bank gaming analyst Carlo Santarelli in a research report published on 24 March.

Nevertheless, he contended that it would be wrong to read too much into the market fluctuations. “This …has led many to believe the deal isn’t going to come to fruition,” Santarelli said.

While he conceded that the deal is unlikely to happen in the time frame predicted by Eldorado executives, he provided several arguments for why the merger will ultimately go ahead.

“We believe it is difficult to expect the transaction to close while the casinos remain closed,” he stated, with media reports suggesting the shutdowns could extend well into April.

Santarelli underlined that the bank financing for the merger was committed “and we don’t see the banks backing away”. Referring to liquidity, he noted that Eldorado had drawn more than $480m from its credit facility in March to bolster its balance sheet during the shutdown.

On the other hand, the analyst noted that Eldorado would be required to pay Caesars an $836m breakup fee if the deal were to fall through. Santarelli added that the break-up fee “is likely the biggest motivating factor to move forward with the transaction and a key reason why we believe that is likely what Eldorado will do”.

Seven state regulators have now approved the merger, with several casino sales pending that would alleviate any federal antitrust issues. Despite this, the Federal Trade Commission has still to formally sign off on the transaction.

Additionally, regulators in three of the US’s most significant gaming states – Indiana, Nevada and New Jersey – have yet to rule on the transaction, Santarelli reported.