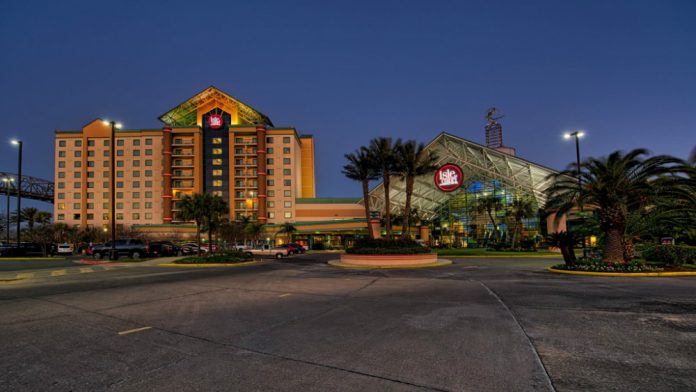 Eldorado Resorts, Inc. has completed its previously announced acquisition of Isle of Capri Casinos, Inc. in a cash and stock transaction.

The combination creates a premiere, diversified regional gaming platform with combined annual revenue of more than $1.7 billion for the year ended December 31, 2016 for Eldorado and January 22, 2017 for Isle and adjusted EBITDA (earnings before interest, taxes, depreciation and amortization) of approximately $394 million for that period after giving effect to identified cost synergies of approximately $35 million which are expected to be realized over the next four quarters. The Company’s shares will continue to trade on the NASDAQ Global Select Market under the symbol “ERI.”

Pursuant to the terms of the Merger Agreement, Eldorado acquired all of the outstanding shares of Isle of Capri for $23.00 in cash or 1.638 shares of Eldorado common stock, at the election of each Isle of Capri shareholder.

Isle of Capri shareholder elections were subject to proration such that the outstanding shares of Isle common stock were exchanged for aggregate consideration comprised of 58% cash, or $552.0 million, with the remaining 42% of the consideration paid to Isle of Capri shareholders in the form of 28.5 million newly issued shares of Eldorado common stock. Following the consummation of the merger, Eldorado has approximately 75.6 million common shares outstanding. The transaction is expected to be immediately accretive to Eldorado’s free cash flow and diluted earnings per share (after giving effect to the identified cost synergies as well as Isle’s recently completed sale of Lady Luck Casino Marquette for $40 million and previously announced divestiture of Isle of Capri Casino Hotel Lake Charles for $134.5 million which is expected to be completed later in 2017).

Gary Carano, Chairman and Chief Executive Officer of Eldorado, commented: “Our acquisition of Isle of Capri marks a significant milestone in Eldorado’s history of growth through strategic, accretive acquisitions. The combination significantly expands the scale of our gaming operations, further diversifies our geographic reach into new markets and minimizes market-specific risk.

“We are delighted to welcome the Isle shareholders and team members to the Eldorado family. We believe that Eldorado is positioned for continued growth with a portfolio of premiere regional gaming assets, a solid balance sheet and an attractive weighted average cost of capital. Our experience in integrating the MTR assets and Silver Legacy and Circus Circus operations will serve us well as we add the Isle of Capri assets to our operating base. We intend to implement our strategy of focusing on margin enhancement and customer service and experiences across the portfolio by marrying best practices from both companies. Led by our gaming, hotel management and food and beverage teams with a long-term record of operating execution and M&A integration, we believe that Eldorado Resorts is positioned for near- and long-term success and the creation of value for our shareholders.”

Tom Reeg, President and Chief Financial Officer of Eldorado, added: “The financing for the transaction was executed at favorable rates that should permit us to generate more incremental annual free cash flow than we originally expected. With our experienced management team, operating discipline and return-focused approach to capital expenditures, we believe the acquisition represents another meaningful opportunity for Eldorado Resorts and our existing and new shareholders.”