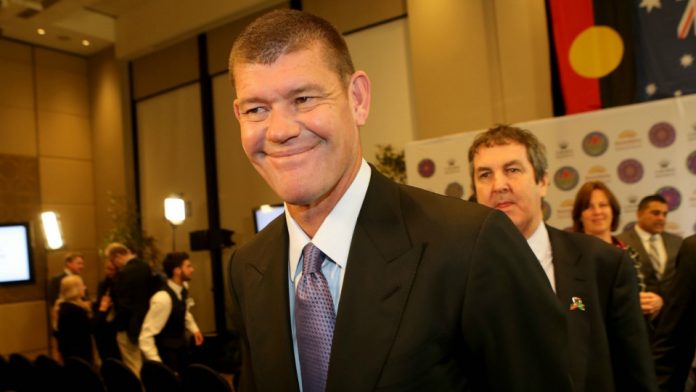 Ellerston Capital has increased its share holding in The Star Entertainment Group, with the move fuelling rumours of a possible merger.

A move by James Packer-backed Ellerston Capital to increase its shareholding in The Star Entertainment Group – a rival to his Crown Resorts – is fuelling market talk of future industry consolidation.

On 17 July, the Australian-listed Star informed its investors that Ellerston Capital now has a 5.07 percent stake in the company, renewing takeover speculation, despite the share purchase being made completely independently of Packer.

The fund already had an interest in The Star, after buying into it in March, and increased its interest as Genting Group sold off its stake in the casino operator, ending its five- year investment in the Brisbane-based company.

Packer – who has a 49.7 percent stake in Crown Resorts – has a 25 percent interest in Ellerston through his private investment vehicle Consolidated Press Holdings, however he is known to be a passive investor in the fund.

Despite Packer’s passive status with Ellerston, there is a long corporate history between some of the key players in CPH, Ellerston and Perpetual, which last week also increased its 12 percent slice of The Star through Genting’s exit. Perpetual also has an interest in Crown Resorts.

Ellertson said in its April newsletter it had taken an interest in The Star because despite a decline in VIP activity, it believed the company would be a beneficiary in the longer term of the ongoing growth in inbound Chinese and Southeast Asian tourism into Australia.

“We see solid growth prospects for Star, driven by its capital investment program and growth strategy,” the fund said.

“Despite Star embarking on an expansive capital program over the next few years, we are attracted to its capital partnering strategy whereby Star is teaming up with global real estate players Chow Tai Fook and Far East Consortium on big ticket capital projects.”

In the same month, Citi analyst Rohan Sundram boosted market speculation that Crown Resorts could be looking at The Star, following Crown’s decision to sell of its offshore assets, re-orientating itself towards its domestic ventures.

While Sundram acknowledged, in a client note, that rumours of a merger between the two casino companies was “merely speculation”, he believed that strategic merit to such a tie-up existed.

He highlighted that enhanced operational scale and market share, cost synergy realisation and improved growth outlook that would result for Crown were all positives of a potential merger.

Hunter Green Institutional Broking director Charlie Green said the purchase by Ellerston was another vote of confidence in the Star business model, however he contended that talk of a merger between Star and Packer’s Crown Casino was a “bridge too far” and would be unlikely to receive the green light from regulators. “It would be stillborn,” Green added.