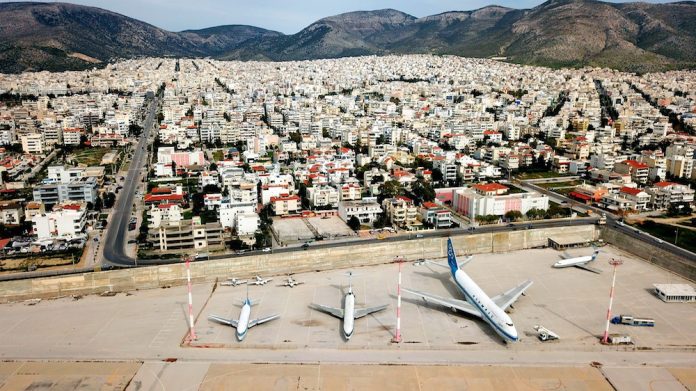 The tender for a casino licence as part of a multi-billion-euro Hellinikon integrated resort project continues to experience delays while only three US operators remain in the running.

Of the six operators originally said to be interested in bidding for the casino concession at the former site of the Ellinikon International Airport in Athens, three have since pulled out.

Las Vegas Sands, France’s Barrière Group, and a conglomerate of several smaller investment and construction companies were previously reported to be in the running for the casino licence but now only US-based firms Hard Rock Café, Caesars Entertainment, and Mohegan Gaming and Entertainment remain.

Negotiations to determine the operator have taken longer that originally anticipated and the final decision will more than likely not be announced until next year.

Local newspaper I Kathimerini cites insider sources as confirming the announcement of the winning bidder could be delayed to the end of March or the beginning of April 2019.

In 2014, a consortium led by Lamda Development, the country’s main private property developer, in partnership with China’s Fosun Group – which owns 12 per-cent of British holiday company Thomas Cook – and Abu Dhabi-based developer Eagle Hills Properties acquired a 99-year lease to develop part of the abandoned airport in a €915m deal.

Lamda said the €8bn Hellinikon project was expected to “substantially contribute to the repositioning of Athens as one of the major world-class tourist destinations as it will provide a significant number of new units as well as thematic tourism venues, [which is] expected to attract at least
one million new tourists, significantly reduce seasonality and at the same time increase the average stay over and spending of tourists in Athens.”

Going ahead with the long-delayed project was a pre-condition for Greece receiving the final portion of its eight-year €289bn financial bailout by the EU, the IMF and the European Central Bank.

It is projected that the resort development will create 70,000 jobs and will generate over €10m in 25 years, boosting Greece’s GDP by 2.4 percent.