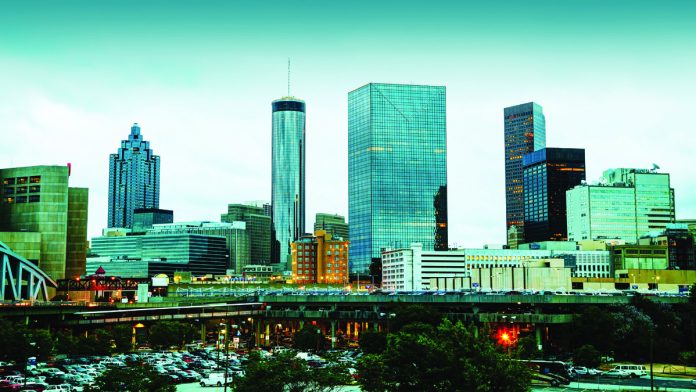 Augusta Commissioners have voted unanimously to fund public education programmes on the benefits of bringing casinos to Georgia. This comes as an encouraging sign for those gearing up to submit plans to bring gambling to the state as the state House of Representatives opens for a new legislative year.

[dropcap]P[/dropcap]roponents for bringing casino gambling to Georgia have received a significant boost to their campaign as Augusta joined the growing list of cities on board with the lobby to amend the state constitution.

Augusta Commissioners unanimously voted on a motion that would allocate additional funding to educate the public on the benefits of bringing casinos to Georgia.

This follows prior talks in which both State legislators and members of the Augusta Commission had met to discuss the potential for the city to become the home of a regional casino if it were to be legalised.

A previous plan to bring casino gambling to the state fell short in the State Senate in 2016 after the speaker David Ralston blocked the motion from further consideration by postponing discussion past a deadline for submission.

Sponsored by representative Ron Stephens, the legislation would have allowed a vote to amend state constitution to legalise casinos and permit the development of up to four premises, with two specifically in the Atlanta area and the other two spread through the state. A gaming study committee stated that by allocating the premises in such a way it would have helped to ensure that no area in the state is oversaturated, with Augusta being made an option for one of the statewide locations.

Stephens said that this year he hopes to present something similar to the previous plan that called for minimum investments of $1.25bn and $750m for the respective Atlanta-area premises and $400m for the final two statewide licences.

According to a recent report, state lobbying records show a minimum of 49 registrations on the behalf of several casino operators, including the two largest casino companies in the world, Las Vegas Sands and MGM Resorts, which had expressed serious interest in an Atlanta-area casino.

Augusta Commissioner, Marion Williams, stated the he was on board for any idea that generates money for the area and voiced concerns that if a premises was not granted to the city revenue may be taken from the area if residents were to travel to other destinations to gamble.

The argument for the premises is that Augusta is in need of revenue that many believe casino gambling in the area would provide. A 2017 budget proposal showed that there has been a decline in Local Option Sales Tax revenues, a key reason behind a revenue shortfall for the city.

Legislators estimate that as much as $250m dollars in tax revenue would be generated by the casino resorts, in addition to the creation of 10,000 direct jobs in the state.

Supporters of the amendment argue that casino gambling is the answer to the high demand for the Helping Outstanding Pupils Educationally (HOPE) grant that has provided more than $7bn of financial assistance for educational programs beyond high school. The 2016 amendment plans stated a minimum of 90 percent of the state’s share of casino revenue would go to the program.

Commissioner-elect, Andrew Jefferson, who will be moving into office in 2017, is also in support of the change, saying that he felt that with casino gaming done in moderation, it could be a great source of revenue for the state.

The proposed changes will not be unopposed however, a Democrat lobby want potential casino funds delegated to a new program that provides needs-based aid to fund higher education costs. Their votes are needed in the House in order to reach the required margin for constitutional amendments. State Governor Nathan Deal also believes that casino gambling the state would pull customers from the Georgia Lottery for Education, which currently funds the HOPE grant.