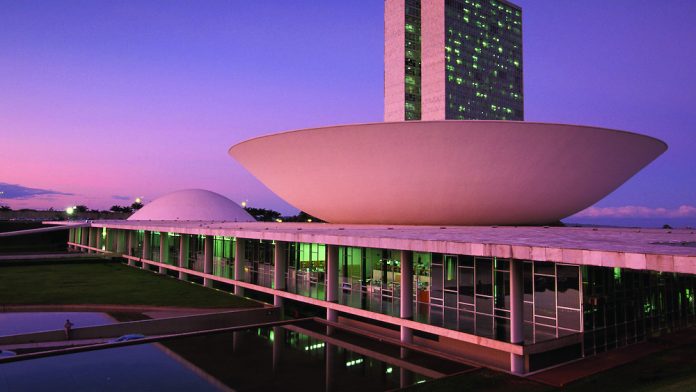 Much attention was given to Brazil’s ongoing path to regulation at Juegos Miami, with the legalisation of gambling set to be a game-changer, not only for the nation itself but the entire continent.

[dropcap]G[/dropcap]overnment estimates suggest that a regulated Brazilian casino industry could generate BRL$20bn (E11.06bn) in its first year alone. Casinos have not operated in Brazil since the federal ban on gambling in 1946, but it is believed that a newly legalised industry could create over 400,000 jobs and help the country weather the current recession which has seen Brazil’s economy hit a 25-year low with GDP falling by 3.8 per cent in 2015.

“The prohibition of gambling is not a plausible option because the clandestine market brings in BRL$20m (E5.5m) compared with the BRL$14m (E3.8m) earned through legal gaming,” said José de Souza Magno, president of the Brazilian Institute for Legal Gaming.

“The legalisation of gambling depends upon the National Congress and to be successful we must continue trying to explain the clear advantage and necessity for creating a regulatory framework for this sector.”

The fight for legalisation is taking place on two fronts. A bill put forward by Senator Ciro Nogueira was submitted to the Senate’s Committee on Regional Tourism Development in 2014. While it was initially believed that the proposed law would become stalled, it has since gained momentum in the face of Brazil’s deepening economic troubles.

The new bill, PLS 186/2014, states that casinos must be part of larger leisure complexes, alongside hotels and restaurants, and the new resorts will only be permitted to use 10 per cent of their available space for gaming.

A total of 35 casinos will be allowed, with at least one per state. However some states will permitted to up to three, depending on their population size and the economic outlook.

Brazil has an advantage in that it will be one of the last markets to become legalised, this offers us the opportunity to learn from the best practice we’ve observed in other countries

“The wording of the Senate’s bill is almost decided and ready to be voted upon. [At the same time] the Chamber of Deputies (Brazil’s lower house) has opted for a different strategy and has celebrated 15 meetings and nine public audiences to hear the opinions of 23 national and international experts,” said de Souza Magno.

“Brazil has an advantage in that it will be one of the last markets to become legalised, this offers us the opportunity to learn from the best practice we’ve observed in other countries,” he added.

Events have taken a leap forward at the end of June with the Chamber of Deputies due to vote on its own bill PL 442/91, however even if the vote is in favour it will still have to be approved by the executive, still in upheaval following the impeachment of Dilma Rousseff and her replacement by Michel Temer.

Whether gaming in Brazil is successful will depend not only on its regulation but also on the taxation regime adopted.

“At present, in Brazil gaming means lottery, it’s not based on the practice of playing for a long time. When someone wins a lottery prize, usually a huge amount, they don’t actually care if they play 30 percent tax, but if we’re talking about bingos, slot machines, sports betting or online gaming it makes absolutely no sense”, said Luiz Felipe Maia, founding partner of law firm, Franco, Yoshiyasu, Maia, Simões & D’Alessio Advogados, speaking at this June’s Juegos Miami.

Operators in other countries are also awaiting the outcome: “In terms of regulation, even if Brazil legalises gambling in this year, there are still complications facing this market – the high rate of tax for example,” said Elizabeth Maya Cano, president of Connazar – a Colombian trade association representing 63 casinos.

“However, the cap on the number of casinos per municipality or state gives a lot of security to operators and investors that they’re not going to face market saturation,” she added.