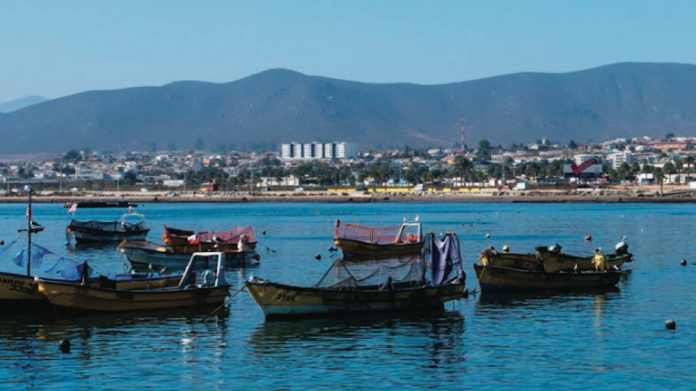 Enjoy was the clear winner in the contentious tender for Chile’s seven municipal casino licences, with the company’s general manager, Gerardo Cood, emphasising that the outcome will allow the firm to consolidate its “position as market leader in Chile”.

The Chilean gaming regulator, the Superintendencia de Casinos de Juego (SJC), has awarded five of the country’s seven municipal casino licences, with Enjoy winning four licences and Sun Dreams the other. Licences for the five casinos are valid for a fifteen-year period. Vivien Villagrán Acuña, superintendent of the SCJ, described the completion of the licencing process as “a milestone” for Chile’s gaming industry.

“For us it was very important that the bidders presented a guaranteed economic offer much higher that that which was currently established for the five licences,” Villagrán Acuña explained.

“This is very good news because we can meet the objective of strengthening the tourism offer of the communes (the smallest administrative subdivision in Chile).“Behind these offers, there is a vote of confidence regarding the income that the industry can generate. Clearly the Chilean casino industry continues to be attractive.”

Despite this, the licence tender for the seven municipal casino licences has come in for extensive criticism from industry stakeholders, with Marina del Sol mounting a legal challenge against the process which went all the way to the Supreme Court.

“From the beginning, it was predicted that it would be an uncompetitive process, with few companies interested in participating, given that basis for some of the tender requirements was illegal, and while other stipulations were disconnected from the economic reality of the industry,” said Francisco Leiva Vega, former superintendent of the SCJ, speaking to International Casino Review earlier this year.

“This sorry story can be summarised by the fact that there were two licences without applicants – Arica and Puerto Natales – while for the remaining five, only the incumbents, Enjoy and Sun Dreams, applied.”

Enjoy won the licences for Pucón; Puerto Varas, edging out Sun Dreams; Coquimbo; and Viña del Mar, while Sun Dreams secured the licence for Iquique. Enjoy comes out on for municipal casino.

For Pucón, Casino del Lago S.A. (Enjoy), gained the licence having presented a financial offer of UF121,000, which was 175 per- cent higher than the guaranteed minimum offer. Casino de Juegos Pucón S.A. (Sun Dreams) presented an offer of UF60,011.

The Unidad de Fomento (UF) is a unit of account used in Chile, defined as the amount of currency units, or pesos, necessary for Chileans to buy a representative basket of consumer goods. The peso-to-UF exchange rate is calculated daily.

“We’re very happy with this result, which allows us to consolidate our position as market leader in Chile and renew our commitment to each one of these cities,” said Enjoy’s general manager, Gerardo Cood.

“As a company we’re glad to return to Puerto Varas with an integral operation that will create important synergies with the hotel we currently operate.

“Our proposals have the hallmark which has characterised this company for more than 40 years: they will directly benefit the host cities and their development as tourist destinations.”

For Iquique, Entretenimientos IquiqueS.A (SunDreams) was the only bidder, with an offer for a total of UF234,777, 17percent more than the guaranteed minimum offer. “I think that the opportunity to have a truly competitive process which would have led to a more diversified casino market was wasted. With a well-developed tender. I am sure that we would have seen new casino operators, interested in entering the Chilean market, applying,” Leiva Vega contented.

“Without a doubt, it’s preferable to have an industry with as many operators as possible, rather than the concentrated one we find in Chile.”