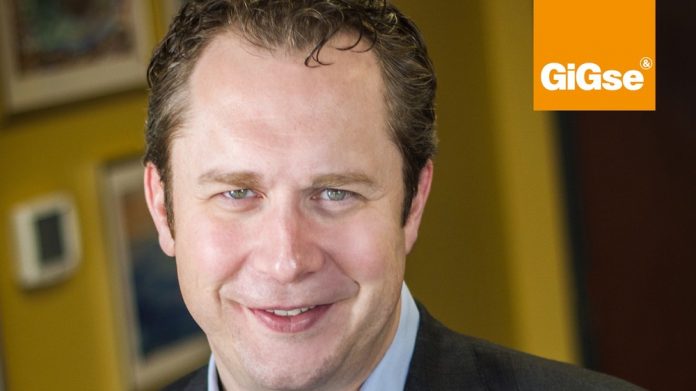 If you thought lotteries were an analogue product limping along in a digital world, then the message from Brad Cummings is think again!  Ahead of his dedicated lottery presentation at this year’s GiGse, the CEO of EquiLottery explores the potential to engage with Millennials, how experiential equals positive PR, the sector’s digital footprint and why, if you are itching to play, just scratching it can be the best option.

How would you describe the impact of state lotteries on the broader gaming industry in the USA?

State lotteries are still the only gaming option that can be accessed and purchased easily throughout our day-to-day lives. I was initially drawn to the lottery as a business and gaming opportunity due to this impressive and instant distribution network. And as lotteries continue to go online with their product offerings, their footprint will become even more impactful on gaming and the good causes they support. I also think their good causes mission gives them somewhat of a leg up on the competition as people rightly associate them with funding for education, senior citizens, public works projects and other services beneficial to their states.

In terms of its future, how do you keep what is an analogue form of gaming entertainment relevant in a digital world?

I don’t 100% agree with the premise of the question. I’m a firm believer that the digital world will never overtake the analogue, but is instead in addition to current revenues. Part of what makes lottery special in the marketplace is its distribution. We won’t stop buying gas or going to the grocery store and, as long as those things are true, the lottery will thrive as an in-person retail opportunity. There’s also something ritualistic about buying lottery tickets which can only be felt through an in-person buying experience.

That being said, the lotteries do need to compete in the digital world and much of their future ability to do so rests in the hands of the politicians in their states. However, even if a lottery is unable to sell tickets directly online, they can engage in games that have mobile integrations as part of the experience. Not to toot our own horn, but our race watching app is a great example of this, as it gives lottery a digital footprint that can be integrated into an iLottery platform or as a standalone mobile experience. Our game, which bases its draw on the results of a live horse race, has tested extremely well with players, especially from the Millennial Generation.

Is the key in just big money prizes or do you make the prizes more experiential?

Big money prizes are already being well served. Powerball and Mega Millions continue to jockey for the biggest jackpot now that they have both changed their prize matrixes and charge the same two dollars for their base tickets. But that’s only a piece of the market. Scratch-off tickets are often 60-80 percent of the lotteries’ portfolio and while their prizes range greatly, the experience of scratching a ticket is something that’s undeniably popular.

The success of second chance prizes like the Power Cruise, that gives players who buy Powerball tickets a chance to win a free lottery-player-only cruise, have shown that experiences are also very valuable to players. Our game Win Place Show, which bases its draw on the results of a live horse race, has tested extremely well with players, especially from the Millennial Generation. This makes sense, as this generation always indicates it cares more about experiences and multiple winning opportunities than life changing jackpots in market research studies.

I think it’s also a benefit to the lotteries to find other ways to play that are experiential, because it’s good public relations. Every game you develop based on experiences and smaller prizes weakens the false argument that lottery is predatory and further buttresses the correct thinking that lottery is simply another form of entertainment. Lottery is known for big jackpots, but it can be so much more than that.  We are just scratching the surface.

Is there a problem with lotteries seeming like poor value for money, especially with lottery organizers’ ability to change the game, such as with the UK National Lottery putting in additional balls?

When it comes to the jackpot games, people don’t play because they expect to win. They play to enjoy the dream of winning for a short period of time and fantasize about what they would do with that money. I’m sure there’s an end to the rainbow, but current returns on games in the U.S. indicate that making them harder to win does not make these games less attractive to players, in fact just the opposite.

What do you think can be learnt from having GiGse co-located with this year’s Latin-American facing Juegos Miami?

Any time you can combine thinking from different parts of the world, it’s impossible to not learn something new and see things from a different angle. Currently, it’s hard to predict what those things will be in Miami this year, but that’s part of why these conferences are so much fun!

GiGse’s two-day program, which takes place alongside the co-located Juegos Miami, will feature a wide range of industry debates including the monetization of sports betting and its relationship with Tribal Gaming, the role of technology in growing the gaming industry outside of regulatory boundaries, the utilization of behavioral data in tracking players from mobile to the casino floor, personalization and artificial intelligence as methods of engaging with digital users, as well as an examination of the pace of online gambling regulation and consumer attitudes towards it. To download the full two-day agenda, visit: https://www.gigse.com/download-agenda