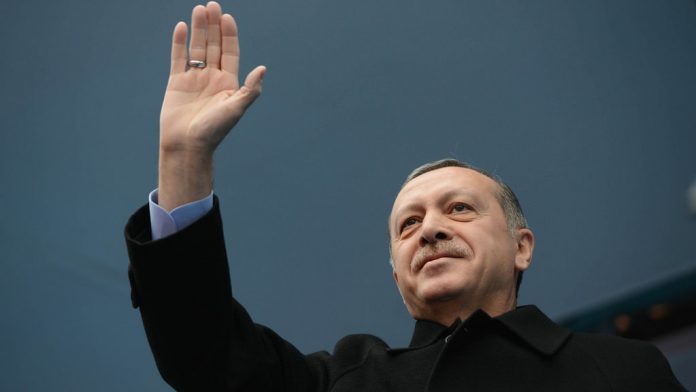 Turkish president Recep Erdogan is apparently pushing for casinos in nearby Batumi to be closed, claiming that they prove too tempting for his fellow citizens.

[dropcap]A[/dropcap]ccording to media in the Caucasian state of Georgia, Turkish president Recep Tayyip Erdogan has stated his desire for Georgian casinos to be closed – citing the large number of Turkish citizens crossing the border to gamble.

As reported by the Georgian Times, Erdogan has put in repeated calls to former Georgian prime minister and billionaire business magnate Bidzina Ivanishvili – asking him to use his influence to shut down his country’s gaming industry. Apparently, Ivanishvili is himself an opponent of the casino industry – and was sympathetic to Erodgan’s request: although he currently wields no official political clout.

The vast majority of Georgia’s officially licensed casinos are located in the Black Sea resort city of Batumi, capital city of the autonomous republic of Adjara, which is positioned directly across from Turkey’s northern border.

Turkey has prohibited virtually all forms of gaming since 1998 – and as such Batumi remains a popular tourist destination for day-tripping Turkish citizens.

Indeed, when a 2012 agreement between Turkey and Georgia saw both countries mutually relax travel restrictions, the Turkish envoy in Batumi reported a “massive influx” of Turkish visitors, who would “finish work and come directly to the casinos here.” The ambassador’s office was apparently beset with calls from wives throughout northern Turkey – demanding that their husbands be found and repatriated.

Nevertheless, current legislation in Georgia tacitly encourages further casino development in Batumi. Whilst the state imposes an annual licence fee of GEL500,000 (E194,000) on casino ventures located within the majority of its territory (in addition to a quarterly tithe based on slot machine and table count), Adjaran properties enjoy a sweeter deal: paying just half the cost for a licence – and absolutely nothing if the operator in question runs a hotel with at least 100 rooms.

Regardless of Erdogan’s personal opposition to Georgia’s stance on gaming, Georgian operators have already observed a marked reduction in the number of Turkish players on their casino floors – a trend widely attributed to continued political uncertainty in Turkey due to the high-profile coup attempt in July.

Meanwhile, a tense international incident in Syria with the Russian military, combined with a spate of violent terrorist attacks from both Kurdish and Islamic State militants have all contributed to a downturn in tourist traffic to Turkey itself – sufficient enough to drive Erdogan to appeal to the population not to travel abroad, in an attempt to make up the deficit in tourism spend.

Government officials have even gone so far as to contemplate imposing a new form of tax on citizens who leave the country.

“The state knows who travels abroad frequently,” stated former minister of finance Masum Turker. “It can now say that those who can afford to travel abroad can pay extra taxes.”