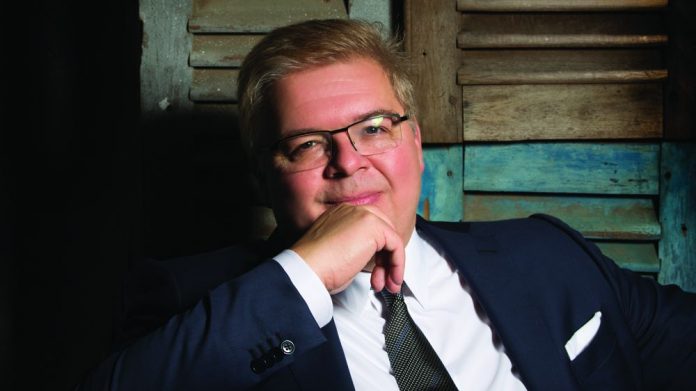 Paul Steelman, CEO of Nevada-based Steelman Partners and majority owner of Vimerica, discusses the company’s Esencia project in Paraguay, which will see a $148m investment during its first phase. With the development ideally situated between Brazil and Argentina, he affirms it has the potential to become Latin America’s largest integrated resort.

Casino Review: Could you give us some more details about Vimerica’s integrated resort project in Paraguay?

Paul Steelman: The proposed development, “Esencia” will be a destination resort in the central region, we believe the project can potentially become the largest integrated resort (IR) in Latin America and the largest in the country. Vimerica, the developer, has obtained a 25-year semi-exclusive gaming licence, secured land on a strategic location with favourable terms, and received firm support at the national and local government levels. Esencia will have a low gaming tax rate (seven percent) in a regulated, limited gaming licence environment. Vimerica has executed an agreement with the Paraguay Government and committed to invest at least $148m in this first phase.

PS: Yes, Steelman Partners has designed the master plan and the IR.

CR: Will the resort be developed in phases and what amenities will it include?

PS: It is envisioned that through this first $148m investment phase, the IR will have a five-star hotel, casino, convention centre, arena and retail space. We are creating a new and unique tourist attraction in the region, just like the Las Vegas Strip in the 1960’s.

CR: The project is located in Paraguay’s Central Department, what attracted you to this part of the country?

PS: We believe that Latin America is in need of an IR in a central geographical location that can attract patrons from Brazil and Argentina. The project will have limited competition in the region, fed by a sizeable local population in Asunción and regionally from northern Argentina and southern Brazil. Approximately 70 percent of gaming revenue would be generated by locals and drive-in patrons from Argentina. We chose Asunción, Paraguay, due to a lack of an integrated resort product in this portion of South America. It is also important to state that Paraguay’s pro-business environment is best exemplified by the nation’s very favourable tax rates. These tax advantages are notable for all types of taxes, including gaming taxes and corporate income tax. The corporate income tax is especially notable as Paraguay’s tax rate of 10 percent is one of the lowest in the world, while neighbouring Argentina’s 35 percent rate for most companies is one of the highest in the world. Also, Brazil’s high tax rate environment is driving many Brazilian companies to move their production facilities into Paraguay. Further, income derived by casinos is subject to a 41.5 percent rate in Argentina making casino investments very difficult to succeed across the border despite having a population which appears to have a high level of affinity for casino gambling.

CR: What does the region offer in terms of supporting infrastructure?

PS: The project site is located 15 minutes from the airport. The Paraguayan government is committed to channelling the return from the country’s recent economic growth back into the country. The government has currently invested over $700m into infrastructure in the past year and in the last six years well over $3.7bn, which is more than all governments of the past 25 years combined. The government currently has various “mega projects” planned to revitalize and develop Paraguay, with an estimated annual investment of $1bn and a time horizon of 20 years. These projects will be focused on developing Paraguay’s transportation and infrastructure network, which will aid further economic growth and further integrate the country. It is important to add that the Asunción airport will undergo a significant expansion with a total investment of $270m which will increase the passenger capacity to four to six million passengers per year. It is intended that construction will commence in June 2020 and finalise by 2022. Currently the airport in Asunción is a category three airport but with this expansion it will be raised to a category two airport.

CR: How has your relationship been with the local authorities, would you say they’ve been supportive of the investment?

PS: Vimerica has been received with open arms by the Government of Paraguay. This project will create 5,000 new direct and indirect jobs during construction and will have approximately 1,400 jobs during operations. Under Paraguay’s gaming legislation there is a tax of seven percent on GGR (gross gaming revenue), one third of which must be directed to the local municipality. In our case, the Municipality of Limpio has an annual budget of approximately $2.8m per year and we estimate that with the revenues generated by Esencia, the Municipality will receive an additional $3m per year. We are essentially doubling their budget which shows how this type of IR project truly benefits both local communities and governments.

CR: Who do you see as the resort s primary target market (s) – Paraguayans or also visitors from other countries in South America or further afield?

PS: Paraguay is strategically located between two of the largest economies in South America – Brazil and Argentina. The country is connected to both via road, river, and air links that enable Paraguay to become a hub of connectivity between two dominant economic powers on the continent and to foster a well-developed and advanced economy of its own. Paraguay’s location between Argentina and Brazil is a significant advantage to a proposed world-class IR such as Esencia located in the country. Paraguay is often listed by tourism companies as “South America’s least known treasure” for its combination of cultural and natural beauty that is easily accessible to visitors to the country. Paraguay is currently a major shopping destination for Argentinians living across the border due to the inexpensive prices for quality goods that prevail in the country. Paraguay is a low-cost destination for South American tourists, which is even more pronounced for higher income visitors from outside Latin America.

CR: The resort will be build on reclaimed land – what advantages does this offer in terms of facilitating the development?

PS: The project is located on San Francisco Island, 15 minutes away from the airport and 25 minutes away from downtown Asunción. The island is owned by the Robinson Family, a highly respected local business group that had the foresight to purchase this unique piece of land. The total land area is 3,212 acres, and it’s potentially the largest island in the world owned by one family and situated next to a national capital. Given the significant variation of the water levels on the Paraguay River, the land reclamation is necessary in order to make the area suitable for construction.

CR: What is the time-scale for completion of the project?

PS: Vimerica obtained the necessary environmental and municipal permits in April 2019 and commenced the land reclamation work shortly thereafter. We’re currently on schedule with the construction deadlines set out in our contract with the government and we plan to have the IR in operation within the next 30 months.