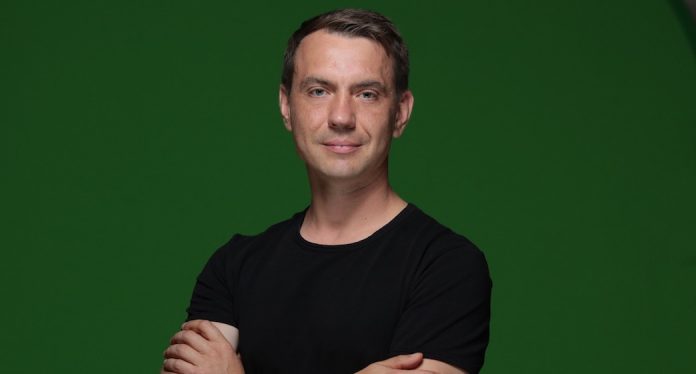 Esports is undoubtedly the sporting world’s latest and greatest global phenomenon but it’s also the first of its kind to achieve the impossible task of true international adoption, according to Parimatch Head of Esports, Stepan Shulga. The sport’s lack of affiliation with any specific territory alongside its amateur athletes, fervent fan following and pioneering viewing experiences all add up to what Stepan believes, “is just the beginning of a very long and exciting journey”!

According to data from Newzoo, 809 million people worldwide were aware of eSports in 2015 but this number is projected to reach 1.57 billion in 2019. The popularity of esports is undeniable and Parimatch, one of the first betting providers to identify the betting opportunities of the sector, is positive the last five year’s growth is just the tip of the iceberg. Stepan explained: “Esports has by no means peaked, it still in its infancy and the most interesting is yet to come. Esports already exists as a phenomenon and as an industry, and produces more emotions and attracts much more money than many traditional sports, as brilliant as those other sports are. In terms of what to expect going forward? The core question is in technological progress and with our knowledge of the sector, we advise the industry to look carefully at mobile games in the hands of young people.”

A key question for the leagues, operators and betting companies going forward is how to sustain the popularity and expansion of tournaments, a pivotal lynchpin which Stepan claims the entire industry has been searching for this last decade. “This is a very complex question,” he said. “First of all, more clear rules from the game developers for their players and consumers are needed as a clear set of rules and restrictions leads to stability. This is a big business, which primarily respects and accepts the rules of the game. In my opinion, stability can also be found in constant competition, between games, players, and tournament organizers above all.”

The answer may also be found in viewing experience, which esports has arguably transformed for all sports with streaming services like Twitch, etc. Commenting on how its online position over traditional games has impacted the rise of the international tournaments, Stepan added: “A lot has changed since esports’ inception, not only the ‘user experience’ itself, but internet access, connection quality, widespread penetration of the highest mobile internet quality. If we look at all these factors and remove the ‘payment’ element, we get an ideal picture – a sport, without a strong attachment to the geography of the tournament. The principles and rules of esports are clear to a huge number of people, because they are themselves active ‘amateur athletes’. It is a sport with free and available broadcasts anywhere in the world upon request making it possible to be a part of any sporting event based on PPV most often. The whole sector is the development of technologies and the popularity of large tournaments is the only logical consequence.”

The trans-global popularity of these tournaments isn’t always as simple as it seems, the question of which countries is esports most popular is irrelevant – it’s all down to the game. “The key to engaging current fans whilst targeting new customers to the sector all depends on the game itself,” he explained. “The games themselves are extremely heterogeneous from the point of view of the audience, representing the interests of huge geography. It’s actually more interesting to talk about the significance of the tournament itself, which will gather an audience as a brand. It would have been more convenient to hold the Champions League final at the same stadium, but UEFA holds a tournament in different countries. A comparison with the conditional Wimbledon is more appropriate; imagine that a tournament of this level and attention can be held, for example, in Barcelona. Esports can allow itself to easily move large offline events around the planet without losing quality, and without losing the brand name, while maintaining and increasing the online audience rating.”

As the sector’s popularity continues to rise the industry is keen to capitalise on its popularity, whether to entice people to casinos, such as with major casinos like MGM and The Luxor investing in esports stadiums, or via monetisation with sponsorships. Stepan is excited for the future but wary of big brands hopping on trends without sustainable groundwork. “One of the main problems of esports is the lack of a permanent infrastructure, and this problem at the same time is one of the biggest advantages,” he said. “You can conduct an esports event on any venue with a roof over your head. However, if we return to the main issue, which in our opinion, is – esports can definitely be a sales driver for any field where it is necessary to attract attention and get the approval of young people.”

“At Parimatch, as a leading brand within the sector, we believe going forward the most valuable attribute in this sector will be the expertise,” Stepan concluded. “The understanding of the processes in esports, which must be necessarily based on an understanding of the betting industry, gives positive results. The biggest risks of esports monetisation in betting is the use of traditional mechanics of attracting customers/players in this area, and also, trusting the development of your product to incompetent people. Esports is an exciting journey and we need to ensure the basics are strong enough to support the potential of this great phenomenon.”