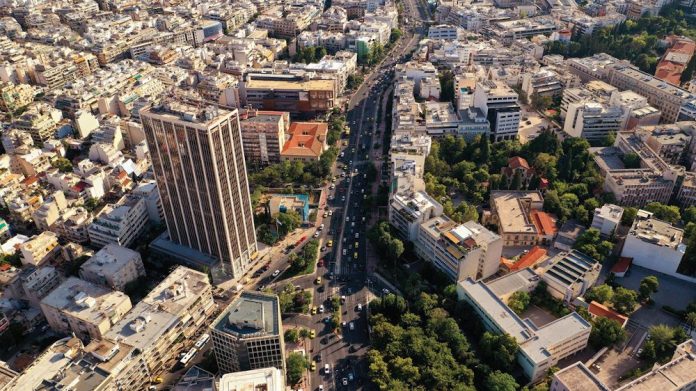 With a EUR2bn IR scheduled to commence construction in Spain during 2020, Hard Rock International is awaiting the outcome of its bid for a casino concession which will form part of Greece’s EUR8bn Hellinikon mega resort development.

With one integrated resort project already slated for southern Europe, Hard Rock International is currently awaiting the outcome of a tender for another casino resort concession in Athens, Greece.

The Hellenic Gaming Commission was due to announce the winner of the tender for a licence to build and operate a casino resort as part of a long delayed tourist development at the site of the former Elliniko International Airport by the end of November.

Hard Rock is competing with fellow US firm Mohegan Gaming and Entertainment for the licence.

However, the announcement of the outcome of the tender has once again been pushed back, after one of the two companies reportedly failed to provide all the necessary financial data with its application, according to the national regulator.

Greek media reports suggest this most recent setback could delay the naming of the winner by up to six months.

The news comes as a blow for prime minister Kyriakos Mitsotakis’ government, which had promised construction of the EUR8bn Hellinikon mega-resort development would be able to commence by the end of 2019.

During a press conference at the Hard Rock Cafe in Athens in late August, chairman and CEO of Hard Rock International Jim Allen discussed the company’s vision for its integrated

“At Elliniko we want to develop an integrated tourism and entertainment complex that will be much more than just a box with slot machines and gaming tables,” he affirmed.

“In our estimate, the whole investment will be significantly higher than EUR1bn.” To be undertaken by a consortium led by Lamda Development, Greece’s main private property developer, in partnership with China’s Fosun Group, and Abu Dhabi-based developer Eagle Hills Properties, what’s been described as “Europe’s biggest urban regeneration project”, will include residential space, a park, offices, shopping malls, cultural venues, and a marina.

“Normally, the financing scheme includes 40 percent equity and 60 percent borrowing, and that is about how we expect to move ahead in Athens. Loans will come from the usual sources, such as international banks, as well as from Greek banks if we reach an agreement, while we will probably be joined in the 40 percent equity participation by Greek groups, if that decision is reached,” he clarified.

In addition to the postponement of the tender outcome, it was recently reported that three bodies representing different departments of Greece’s Ministry of Culture had filed a motion with the Council of State challenging the development.

The associations of Culture Ministry Workers for Attica, Mainland Greece and the Islands; the Conservators of Antiquities; and Greek Archaeologists said they had filed a motion with the country’s highest administrative court on 8 November, looking to overturn a joint ministerial decision which granted approval to the zoning studies for the Elliniko development.

They contend that the area covered by the Hellinikon development includes the Cape of Aghios Kosmas, an archaeological site which is currently under excavation.

At the time of writing, it’s unclear what the impact of this latest legal challenge will be on the timeline for the development.

Moving west to Spain, Hard Rock Entertainment World has yet to get of the ground, seven years after plans for an integrated resort situated next to the PortAventura World entertainment resort on Catalonia’s Costa Daurada were first announced.

The project, previously known as BCN World, had gone through various permutations over the years, before Hard Rock’s EUR2bn proposal was given the green light by Catalonia’s Ministry of Economy and Finance in May 2018.

Nevertheless, construction has yet to commence, with the company suggesting that work could begin by May 2020. Back in June, Damià Calvet, minister of Territory and Sustainability, confirmed that the Catalonian government has “exercised its option to buy” the land for the development, situated near Vila-seca and Salou in Tarragona province, from La Caixa, Spain’s third largest financial institution.

Calvet explained that the following the purchase of the land by Incasòl, Catalonia’s land development institute, it would then be transferred to Hard Rock, with the government acting as an intermediary.

“The casino licence holder will acquire the land via Incasòl,” he clarified, adding that the Generalitat “will not face any additional costs”. “There will not be any public expenditure for this project,” Calvet maintained.

In a similar vein, the president of the Government of Catalonia, Quim Torra, emphasised that the Hard Rock project will not cost “one euro of public money”.

Developed in partnership with PortAventura World, the EUR665m first phase of the project, dubbed Hard Rock Hotel and Casino Tarragona, will include a thousand-room hotel, a casino, and leisure and entertainment facilities.

Alongside this, Hard Rock will also build a shopping precinct in partnership with Value Retail. The property’s casino will be among the largest in Europe and will include 1,200 slots and 100 gaming tables.