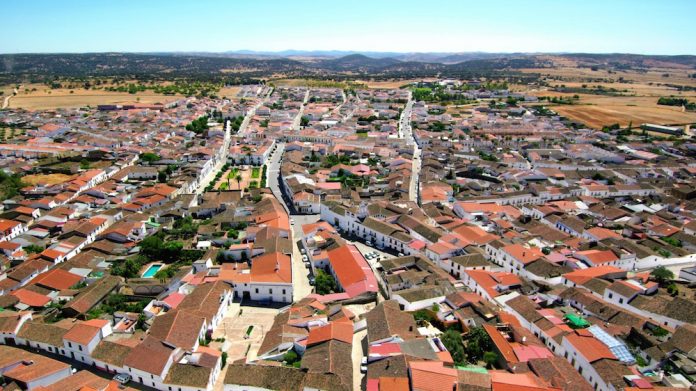 The US-based company, fronted by John Cora, a former Disney executive with an extensive background in theme park operations and resort development, is looking to build a mega-resort dubbed Elysium City in the comarca of La Siberia in Badajoz province.
On 17 December, it was reported that the company had submitted its planning documents along with the required €10m submission fee to the Government of Extremadura.
Described as “the first major smart sustainable city project in Europe”, the new development is scheduled to open its doors in 2023, with the €3.5bn first phase set to include up to four casinos hotels, a golf course, several theme parks, along with a football stadium, and a 200,000 home residential complex. The project will reportedly also see the construction of a railway station, although at present there are no rail links nearby.
Cora Alpha has also signed an agreement in principle with Spanish professional football club, Getafe CF, which will see the latter run a football academy at the venue.
The company has stated that it will be seeking authorisation for up to 33 casinos under its master licence, how- ever the company noted that this request was “a matter of bureaucratic efficiency”, as it would allow the firm to expand gaming at the new resort later on without having to seek further permissions.
Located in the town of Castilblanco – at a site once considered for Eurodisney – part of the 1,200-hectare parcel of land the resort will be built on is owned by Sevillian businessman, Francisco Nuchera, through his company Nuchera and Nuchera, according to a report in Spanish newspaper CincoDias.
Nuchera has previously been involved with several other attempts to build a resort at the site, the most recent being a plan by Canadian developer Triple Five Group to build a similar scale integrated resort project.
This project would have additionally seen the construction of an airport, but in July, the firm announced that it had opted not to situate the project in Extremadura citing infrastructure concerns and stated it was instead considering neighbouring Andalusia as a possible site.
“The business needs to be profitable, something which would not have been possible in Castilblanco. It wasn’t the right location,” said Paul Watson, Head of Triple Five in Europe.
Speaking at the time, analysts suggested that the development of the airport would have been key to the overall success of the project.
“Extremadura’s location is quite remote from the main cities of Spain and it has no international airport,” explained Warwick Bartlett, CEO and founder of Global Betting and Gaming Consultancy (GBGC).
“So to get there you would have to go to Madrid then fly internally, this is not conducive to the development of a major international resort.”
Given Spain’s history of ghost developments, some have expressed doubts as to whether the ambitious project will get off the ground. The head of People’s Party (PP) in Extremadura, José Antonio Monago Terraza, expressed scepticism following the announcement, contending there were outstanding questions about the viability of the project.
“All this about wanting to first build the chalets and later everything else, not a bit of it. In Extremadura we already had one Valdecañas, and we won’t have any more,” Monago Terraza stated, making reference to the failed Isla de Valdecañas resort development.
He added that there are doubts regarding whether the region’s existing infrastructure will be capable of supporting a project of this scale and concerns regarding the development’s water con- sumption which he suggested could conflict with agricultural usage.
Last year, the regional government in Extremadura passed a new bill setting out the conditions for the creation of integrated resorts in the autonomous community.
On 28 August, the Official Bulletin for Extremadura published the text of Ley 7/2018 or the Extremaduran Law for Large Leisure Complexes (Ley Extremeña de Grandes Instalaciones de Ocio or Legio).
The new law stipulates that a resort project should cover at least a thousand hectares, include 3000 hotel rooms,and represent a minimum capital investment of a billion euros.
The casino portion of a resort development will be exempt from existing local licensing regulations, which require a public licence tender and allow only one casino per 500,000 inhabitants.