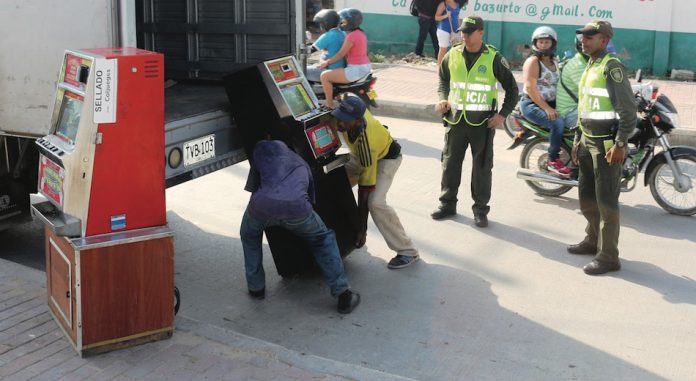 Fecoljuegos has claimed it is optimistic about online gaming possibilities, but not so enthused by Colombia’s single sites proposal.

Colombia is facing regulatory changes, most welcome, and some – well, not so much to the liking of the trade association Fecoljueogos. With the regulator under scrutiny due to corruption charges, and a banking system that simply won’t play ball, what can the industry realistically push for?

Among the changes facing the Colombian market this year is the introduction of a regulatory framework for both online gaming and single site machines.

Evert Montero Cardenas, the president of Fecoljuegos, gave the trade association’s differing perspective on these developments.

“We applaud the regulation of online gaming and feel that it could be a positive addition to the Colombian gaming panorama,” said Cardenas. “As an association we’re looking at partnership opportunities with multinational operators. We also hope that local businesses will take part in this new market segment and we are working for that.”

Despite this, Fecoljuegos is concerned that offshore businesses which have already been operating illegally in the country could now be allowed to re-enter the market. With online licensing due to launch this April, the association has called upon the national regulator Coljuegos to take this into account during the application process, and has argued that former illegal operators should be required to pay a financial penalty.

Additionally, given the Colombian banking sector’s fractious relationship with the gambling industry, Fecoljuegos has suggested that the ongoing denial of financial services could hamper the start-up of new online operators and is lobbying the government to address the issue.

While the association is supportive of the nation’s nascent online sector, Cardenas suggests that many casino operators consider that new regulation allowing single site machines could be a bridge too far.

“While we recognise that it will generate more tax revenue for the health service, at the same time we feel that it is potentially an over-ambitious project, and could augment the illegal industry which the government is already struggling to control,” he explained. “To date, the state has not been able to curtail illegal casino operations, much less it will be possible to do so with machines scattered throughout the country in shops, bars, and restaurants, it will only provide a greater regulatory challenge.

“For years we have strived to professionalise the gaming industry and have heavily invested to make it socially responsible, based on this, it is vital that there be sufficient regulatory supervision of the single site sector,” Cardenas concluded.