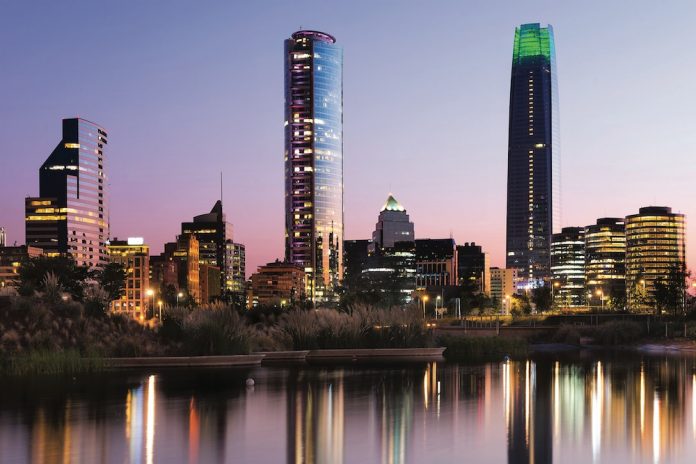 Dubbed ‘popular casinos’, Chile’s slot parlours exist in a legal grey area, but with an estimated 33,000 machines operating outside of casinos, the Association of Operators, Manufacturers and Importers of Electronic Entertainment (Fiden) is lobbying hard for the slots sector to be regulated, explains the association’s vice president, Sebastián Salazar.

Fiden has been lobbying to regularise slot machines in Chile, presently there is no law which regulates these machines outside of casinos, and what legislation there is is limited to municipal ordinances. Could you give an overview of Fiden’s goals? Since Fiden’s creation, one of our objectives as a trade association has been to highlight the need for regulation of the slot industry which operates outside of casinos.

Prior to 2005, the gaming industry in Chile was limited to the municipal casinos, this changed with the passage of law 19.995, which regulated the casino industry in the country. However, while the legislation was updated in 2015, by our criteria this amendment was insufficient.

The results of the DESE report last year were an important step forward, establishing that there are over 33,000 gaming machines operating outside of casinos.

In spite of the fact that the survey was only carried out in 87 of Chile’s 350 communes and failed to count machines which are installed in warehouses, the sample is still extremely significant, and it reinforces Fiden’s argument.

We consider that it is necessary to have clear and permanent rules in the face of what is both a social and economic phenomenon, but that, at the same time, this regulation should facilitate the development and consolidation of the electronic entertainment industry.

Historically speaking, prohibition has never solved anything, it has only promoted the development of a clandestine industry and illegality.

Instead, regulation sets standards, delivers legal certainty, establishes requirements and obligations, and penalties and fines in the case that these are not met.

Regulation would normalise the electronic gaming industry in Chile, which has been present in our country for more than 40 years.

In your view, is there space in the Chilean market for popular casinos to operate alongside casinoresorts, do they cater to different market segments?

There is undoubtedly space for both industries, since they are not in direct competition, but instead complement each other.

One simply needs to look at a medium-scale Chilean casino resort, the leisure offering is completely distinct from a slot parlour, since the former include hotels, bars, restaurants, nightclubs and event centres.

Sun-Dreams Monticello has just inaugurated an event centre capable of hosting 4,000 people, so comparing the product they offer, which brings together a variety of leisure elements which compliment the gaming offering, with a gaming room with 120 machines, we’re really talking about two different things.

Slots parlours cater to a different market segment, offering machines whose stakes and prizes are lower than those currently found in the regulated casino industry.

Fiden has drafted legislation, proposing the regularisation of the sector. What progress have you seen on this initiative?

Fiden has developed a technical proposal based on the standard of best practice we have observed in the regulation of the slots sector in other countries. While the project has been wellreceived by legislators at the municipal level, ultimately the implementation of the new law would fall under the purview of the President of the Republic.

The regulatory proposal covers amusement machines with programmed prizes, these machines do not have a random number generator (RNG) system. The key distinction is that they are not games of chance, as is the case of with gaming machines found in regulated casinos.

We have also included online casinos and sports betting in our technical proposal. These segments are growing worldwide. At present, the lack of regulation presents Chile from participating in this process but we contend that the legalisation of these sectors would create a virtuous circle, providing a better product for players, while generating employment and raising tax revenue for the state.

Fiden has developed a technical proposal based on the standard of best practice we have observed in the regulation of the slots sectors in other countries.

We have also included online casinos and sports betting in our technical proposal. These segments are growing worldwide. At present, lack of regulation prevents Chile from participating in this process but we contend that the legalisation of these sectors would create a virtuous circle, providing a better product for players, while generating employment and raising tax revenue for the state.

We have proposed that the machines be connected directly to the regulator, which would offer the certainty of tax compliance.

This allows for the collection for VAT – which is currently 19 percent in Chile – plus a specific tax on gaming, which we propose could be set at 5 percent of the win. The tax revenue raised from this could be utilised to meet the deficit in financingfor the health system – similar to the Colombian model – or to fund primary healthcare for the municipalities.

In terms of a regulatory framework, is Fiden calling for a separate regulator or do you envisage the casino regulator, SCJ, expanding its remit?

We would like to see the SCJ become a collegiate regulatory body i.e. a gaming commission, with expanded legals powers, such as granting and supervising licences to operate gambling rooms, testing machines, authorising gambling sectors etc. In such a scenario the regulator could also take charge of online gaming, sports betting, e-sports, all of which are currently present in Chile. What is needed is modern legislation to take charge of and develop these sectors.

The former mayor of Santiago, Pablo Zalaquett, who was known for his opposition to slot machines during his administration and Francisco Leiva, former superintendent of casinos, have both lent their support to Fiden’s efforts. Is perception of the slot machine industry beginning to shift?

We believe so, but there is still insufficient support for the industry in Chile. When you look at countries such as the United Kingdom, Spain, and Italy in Europe or in our region, Colombia, Peru and Argentina, one can see how these countries have taken advantage of something which in Chile is still perceived as a problem, but in reality is a real opportunity.

We look also with great interest at companies such as GameCO, Gamblit Gaming, and Konami’s skillbased gaming division, among others, since these firms have created products which would work perfectly in the context of the Chilean market. However, with clear legislation, such developments in gaming technology could be created by manufacturers based in Chile. Once again it’s the lack of regulation which prevents venture capital firms from investing in the sector.