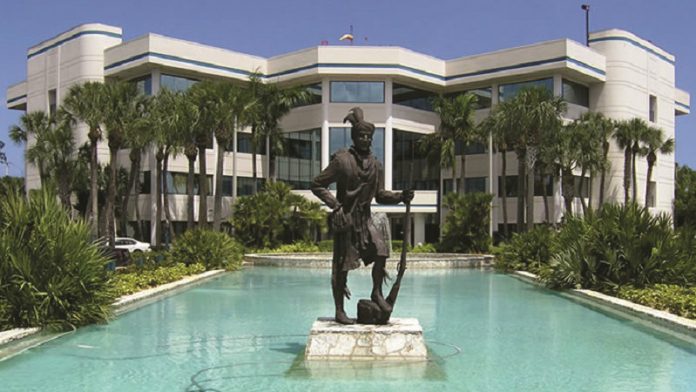 Debate on whether slot machines should be legal in Florida counties still raging in state’s House and Senate chambers.

[dropcap]T[/dropcap]he House and Senate chambers in Florida remain in disagreement on whether or not slot machines should be allowed in eight of the state’s counties, despite voters in those counties having approved the motion.

The two chambers, however, agreed that they are willing to work together with the Seminole Tribe to reach an agreement that will see a payday for the state.

Jose Felix Diaz, House Commerce Committee chairman, stated that the House is not going to support slot machines in the eight counties if it means that additional gambling sites would be added in the state.

In the last legislative session, expanded gambling was heavily discussed in the House and Senate, with lawmakers being kept from formalising a $3.1bn gambling deal that had been previously set with the Seminole Tribe.

Arguing the other side, the Senate President Joe Negron stated that legislators should act according to the will of the people, who voted in favour of slot machines in local referendums. Duval and St. Lucie counties approved referendums in November that would allow slot games to enter pari-mutuel facilities, adding to the six other counties that already approved an expansion of gambling.

In Gadsden, a county that approved slot machines in 2012, Creek Entertainment recently sued the Florida Department of Business and Professional Regulation after they were denied a slot machine permit by the agency. Despite county voter approval, the pari-mutuel facility was told they needed legislative approval to add slot machines.

In exchange for payments to the state, a 2010 compact provided the Seminoles with exclusive rights for five years to operate casino games which included slots.

By December of last year, a revised compact had been created that would allow new venues to be created with slot gaming in Palm Beach and Miami- Dade counties. This compact was not passed, however Negron said a new compact with the tribe was a priority for 2017.