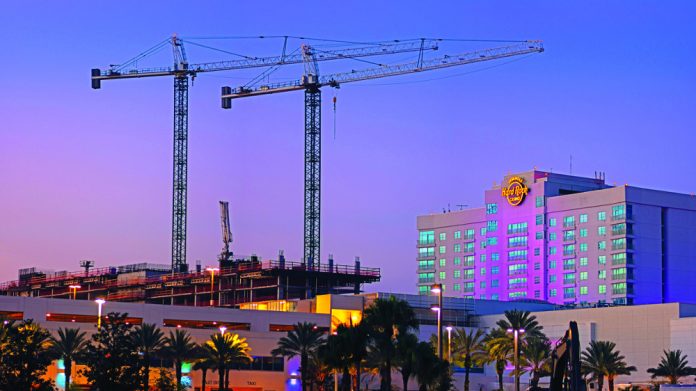 Barring the most extraordinary of circumstances the state of Florida will be heading into the 2019 fiscal year without an agreed compact with the Seminole Tribe.

An impasse over sportsbooks has stalled compact negotiations between the state of Florida and the Seminole Tribe of Indians – owners of the highly lucrative Hard Rock Casino empire.

The two parties have been acting on a pieced-together revenue sharing agreement – worth $350m a year to the state – since 2016 whilst official negotiations over a new Federally-recognised compact have rumbled on.

The tribe has long been at odds with the state over the perceived illegality of card rooms offering player banked card games. Provisions to stamp out the practice have been a line in the sand during compact negotiations with the Seminoles more than prepared to pull its payments should hits not be addressed, putting the burden of appeasement firmly on state lawmakers.

The most recent legislative session brought the issue of sports betting to the table and it appears that disagreements over the implementation of this has become the albatross around the neck of progress.

Firstly the Hard Rock operator has decided that this is another game form that it should have exclusivity whilst card rooms and race tracks naturally would prefer to have a slice of the pie. Secondly legislation passed last year also ruled that any gambling expansion in the state would require a public referendum. All has made for a tumultuous period of multiparty negotiations and the latest indications from the state is that this is now dead in the water.

House Speaker José Oliva commented that lawmakers simply ran out of time, with the inclusion of sports betting into the wider compact deal appearing to have scuppered the whole affair.

There had been talk of circumventing the public consultation by centring the sportsbook with the tribe, therefore on reservation – not state – land and establishing all further operations as extensions of this central hub. Card rooms and race tracks would be able to then operate electronic sports kiosks providing they pay a cut to the Seminoles and further cease player-banked casino games.

A draft of this thought-to-be-agreed compact deal has been in the hands of state Governor Ron DeSantis for a number of weeks and he even brought all relevant gaming stakeholders together for a summit in late April. This all however appears to have been either in vein or simply too late.

State financiers have already budgeted for the cessation of Seminole revenue payments and although there is yet to be an official statement from the tribe as to their intentions regarding this it seems for all the world that Florida may have to tighten its belt for the next 12 months, $350m tighter, to be precise.

Barring a legislative extension – of which numerous lawmakers have voiced opposition against – the can will be kicked down the road to 2020 much to the chagrin of all involved.