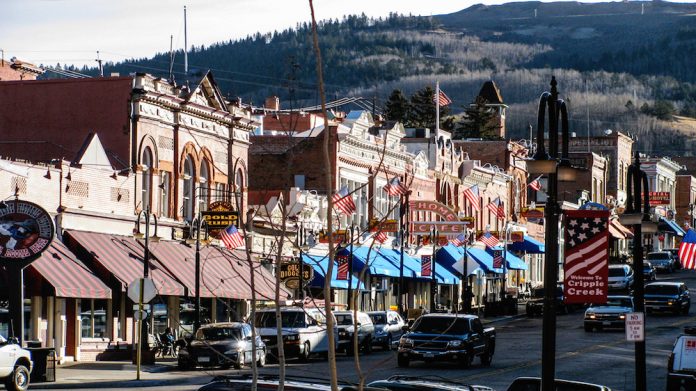 Las Vegas-based Full House Resorts, which operates five casinos in Nevada, Mississippi, Indiana, and Colorado, chalked up a disheartening Q4, reporting a $3.7m net loss which the company attributed to the impact of adverse weather conditions.

Following a disappointing Q4, a weather-worn Full House Resorts is aiming to reduce costs in 2018, as the company rolls the dice on plans to build a new four-star hotel in Colorado.
Net revenues in Q4 2017 decreased one percent to $37.8m from $38.2m in the prior-year period, while net loss increased by 48 percent YOY, coming in at $3.7m.
The company attributed this poor performance to adverse weather conditions – citing a weekend closure in Mississippi due to Hurricane Nate, poor snowfall in Tahoe, and winter weather around the New Year’s weekend in Indiana – throughout much of the quarter, including on several key weekends, in addition to increased health and benefit costs.
“Obviously, it wasn’t a great quarter,” stated Daniel Lee, president and CEO of Full House Resorts, speaking during the company’s earnings call. “I hate to the blame weather, but sometimes the weather matters.”
Meanwhile, full year net revenues rose 10.5 percent to $161.3m. The company stated that this rise was the result of revenue increases in every operating segment, as well as a full year of ownership of Bronco Billy’s Casino in Cripple Creek, Colorado, which Full House acquired for $30m in May 2016. Yet despite the revenue increase, the company reported a net loss of $5m for 2017.
“If you look at the absolute dollar numbers, our revenues were up about $400,000 and our expenses were up about $1.4m, which is not a great scenario, but not as bad as it first appears,” Lee added.
“This came on the tail of three very good quarters where our revenues grew nicely and our EBITDA grew nicely. And when you put it all together, you ended up with kind of a lackluster year.”
During the earnings call, Lee discussed plans to build a 200-room four-star hotel and spa connected to Bronco Billy’s, a project he suggested “has the potential to double the size of the company”.
Analysts have responded positively to the proposal, suggesting that the Cripple Creek market is under-served from a hotel capacity standpoint.
While the cost of the development is still to be confirmed, Lee suggested that it could be in the region of $100m, with the hotel set to open in mid-2020.
“We expect that the city council will review our application in April 2018 and, pending its approval, we intend to start construction in the second quarter,” he clarified.
“The first phase of this project is construction of a parking garage directly behind Bronco Billy’s.
“We intend to complete construction of the garage by year-end, enabling us to build the hotel, spa, and meeting rooms on the surface parking lots currently utilised by the casino.”