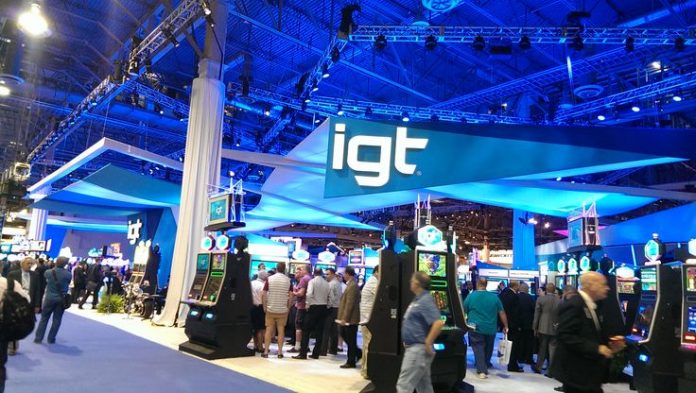 IGT will showcase its portfolio of more than 300 gaming solutions designed to drive gameplay to the next level at G2E 2016.

[dropcap]I[/dropcap]GT will showcase its portfolio of gaming solutions at G2E 2016, based on the theme of ‘Innovation at Play’ the company will exhibit more than 300 gaming solutions designed to drive gameplay to the next level.

G2E will mark the international premier of IGT’s CrystalCurve Ultra cabinet which features a curved 32-inch base screen combined with a curved 50-inch top screen.

Enhancing the player experience, the hardware solution includes an embedded camera that can integrate images of players and marquee titles andwill launch with The Ellen DeGeneres Show Sharing the Love video slots.

The company will also unveil its CrystalDual + Stepper cabinet, integrating the mechanical reels from the S3000 cabinet and the unique design elements of the CrystalDual cabinet.

The new machine will feature a premium content library of titles such as the Banked series, Gentlemen Prefer Blondes and How to Marry a Millionaire, and Top Dollar Premium slots.

Spotlighting the evolution of the IGT’s TRUE 3D product line ZUMA 3D will make its global début at G2E. Based on the highly successful ZUMA video slot, this new title offers seven must-hit progressives and a dynamic attract feature.

Based on the successful title, Icarus, Treasures of Olympus 3D is equipped with five-level progressive meters while attendees will be transported on a thrilling adventure with Jurassic World 3D, which displays movie clips, realistic 3D dinosaurs, and more.

Expanding the company’s emphasis on Core and revealing several new game themes the CrystalDual cabinet will feature the spirited game family, Keystone Kops, in addition to other slot series such as the Prize Disc titles, Elephant King and Spirit of the Wolf.

IGT will highlight new titles on the internationally successful S3000 cabinet and the company will show the high-limit version of the S3000 cabinet which is designed with subtle lighting to appeal to players who enjoy high-denominational games.

In addition to all this, IGT’s booth will feature several other speciality products in skill-based games, systems solutions, video poker, interactive and more.