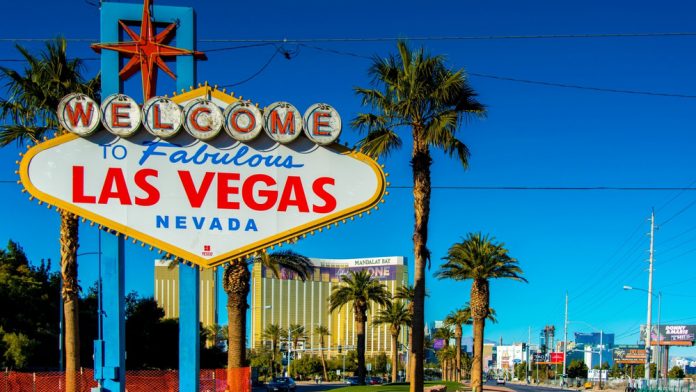 This year’s G2E line-up is sure to tick all the right boxes as before – but that wont stop it from trying to break new ground with respect to product, legislation and tribal/commercial dialogue. Chris Webster reports.

[dropcap]S[/dropcap]eptember comes around once more – and with it, another G2E.

Expectations with regards to the scale and organisation of the show are deservedly high: the AGA alongside Reed Exhibitions has made the steady growth of G2E’s appeal to both exhibitors and delegates alike look almost procedural.

But amongst the labyrinthine network of supplier stands on this year’s trade floor, a new rising star is likely to emerge: that of the skill-based gaming machine. Nevada legislation governing this new technology is now firmly in place, and the past month has seen the first pubic announcement of a skill-based order from a major operator: as Caesars looks to deploy Gamblit Gaming’s latest video-game adapted ETG model across selected properties in both California and Las Vegas. This development seems set to spur traditional EGM manufacturers, particularly those firmly embedded in the US market, to showcase their own skill-adapted offerings. Whilst the number of these new models will by no-means outnumber legacy technology, G2E 2016 will almost unquestionably be looked back upon as the year a bran- new product sector began to steal significant exhibition space.

Of course, also of expanding influence and scale is the show’s concurrent educational programme: which now stretches to over 70 individual seminars and conferences. Subjects span the macro and micro elements of casino management, and look to the very latest (and forthcoming) market trends and analysis. And dependable as ever, manning the many panel discussions are a veritable army of our industry’s most senior executives.

But marking out this year’s educational line-up from previous iterations will be a special focus on the practice of sports-betting in the US: which still lacks federal legislation. In an interview with Casino Review earlier this year, the AGA’s Chris Moyer said that the trade-association had been campaigning “very aggressively” for some form of nationwide legalisation of sports-wagering, in the hope of creating a lucrative new means of income for casino stakeholders across America.

There’s an appetite for greater engagement in sports, and what this means for the industry is that it’s an opportunity for growth.

“People who used to oppose legalised sports-betting have now changed their tune and support the transparent marketplace,” he remarked. “There’s an appetite for greater engagement in sports, and what this means for the industry is that it’s an opportunity for growth.”

And that potential growth is by no means insignificant. The AGA estimates the total annual worth of illegal bets soon to be placed on the coming NFL 16-17 season to be around $90bn (E80bn). With this in mind, it’s small wonder that betting legislation is sure to form a priority discussion point throughout the seminars and various meetings taking place at the expo.

G2E 2016 is also clearly de-marked from previous shows as being the first time that the leadership of both the AGA and tribal gaming equivalent NIGA have taken the floor together. Since the very inception of tribal gaming enterprise back in the 1970’s, there has been precious little collaboration between the operators of Indian Country and commercial stakeholders. The two dance to a different regulatory tune – and can well be viewed as being in direct competition within many US jurisdictions. Meanwhile, recent events in North Dakota, with the construction of an oil pipeline across sacred lands claimed by the Standing Rock Sioux, highlight the historical rift between the vying interests of US big business and those of the country’s indigenous people. Therefore, it really is no insignificant step – and surely the highlight event of the show – that NIGA chairman Ernie Stevens Jnr. and AGA president Geoff Freeman will shake hands, and sit to publicly discuss mutual interests.

As such, G2E 2016 may serve as a lot of different things to its various contributors and attendees – but one thing is for certain: after this year, the industry as a whole can only be more united.