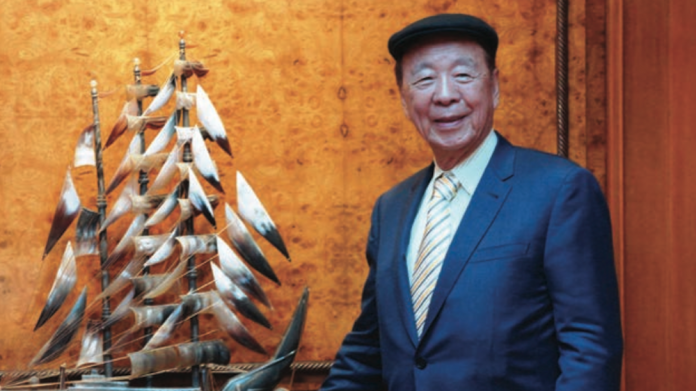 Galaxy Entertainment and its local partner Leisure and Resorts World Corp remain sanguine about the prospects for their proposed $500m integrated resort development on Boracay, while the government insists the project won’t be given the green light.

Galaxy Entertainment chairman, Lui Che Woo, reaffirmed his confidence that the company will still be allowed to go ahead with its $500m integrated resort project on Boracay despite government statements to the contrary.

In an interview on 27 August, Lui emphasised that Galaxy’s vision for a “low- density” development, of which gaming would form just “a small portion”, is in accord with the government’s plans to reposition Boracay as a sustainable, family-oriented tourist destination.

“We hope it’ll become a truly good tourism spot and return it to the beautiful island it once was,” he stated.

“The environment in the Philippines has changed over the years. When we first indicated our interest to invest, many people misunderstood and misinterpreted us, we don’t care about this.

“We’re waiting for the final decision from the government as to how it wants to develop Boracay. We will follow their directive to achieve their goal.”

Back in late July, Galaxy’s local partner on the project, Leisure and Resorts World Corp (LRWC) insisted that the plan to build a casino-resort complex on Boracay remained on track despite the island’s six-month closure.

“The plan has not been delayed by the closure of the island,” LRWC’s VP for legal affairs, Katrina Nepomuceno stated, speaking to reporters on 27 July.

She stressed that the original target for opening the resort by 2021 was still viable, and asserted that LRWC remained confident the project would go forward.

“Where am I getting the confidence? Because the president has also said he wants to maintain Boracay as a prime tourist destination.” Nepomuceno continued. “The fact remains there is a property and our partner has a licence.”

Notwithstanding the companies’ optimism, the government has been increasingly hostile to the casino industry, with president Rodrigo Duterte reiterating that he will not allow gambling on Boracay in late August.

“I will not allow gambling. I’m not issuing any franchise for gambling in the entire Philippines now. It’s a moratorium. I don’t like it. I hate gambling,” Duterte said in a speech on 21 August.

“So if there’s a resort there, they still talk about gambling, you better say it to them at an early time. No more gambling.

“Nobody but nobody can set up anything there that’s commercial,” he continued. “No more construction, no nothing. It will be destroyed.”

The minister for Tourism recently confirmed that all the casinos on Boracay will also be barred from resuming operations when the island reopens to tourism on 26 October following a six-month closure to facilitate an environmental clean-up.