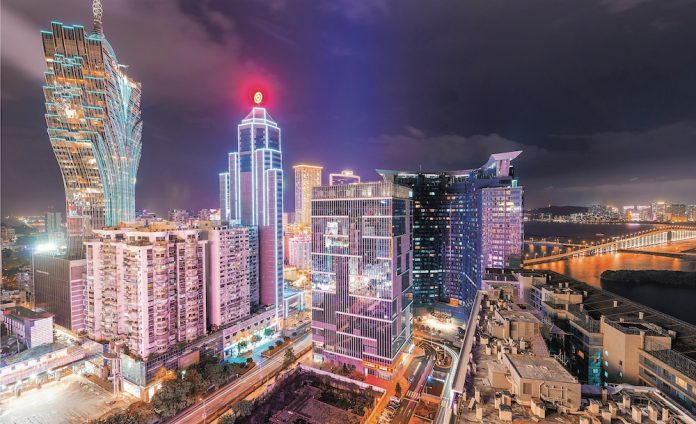 Speaking at G2E Asia, Francis Lui Yiu Tung, Deputy Chairman of Galaxy Entertainment Group, expressed his support for the idea of aligning the border policies for Macau and Hengqin, while also stressing the need for Macau’s industry to remain competitive in the face of challenges to its market dominance from lower-tax jurisdictions.

Hengqin already has a theme park, but visitors between the two islands need to pass immigration checkpoints before they can travel back and forth.

“We encourage the idea that Hengqin implement a borderless entry between Macau and the island, so that all visitors to Macau can also access the amenities that Hengqin has to offer, and then freely return to Macau,” Lui said during his keynote address at G2E Asia in May.

Sitting west across the small waterway that separates Macau from the mainland, Hengqin could provide Macau some much needed space to expand, the territory currently has around 34,000 hotel rooms, but saw 2,742,799 visitor arrivals in April 2017, over 80 times greater than its accommodation capacity. At present, gamblers without a place to stay in Macau must return to the mainland before the border checkpoints close at night, curtailing the amount of time they spend gambling in Macau.

If adopted, borderless travel would allow Hengquin’s hotels and nongaming facilities to supplement and support the tourist spillover from land scarce Macau.

In October last year, Galaxy announced that it was proceeding with plans to develop a $1.6bn lowdensity integrated resort in Hengqin aiming to complement its “high-energy entertainment resorts in Macau” and appeal to the mass market. Given this, easing border controls between Macau and Hengqin could also help develop a tourism synergy between the two islands.

“[Relaxing border controls] would make Macau a more competitive and compelling family destination. Put it like this: Macau, the world’s biggest gaming hub, with Hengqin and its entertainment focus, would be like having Las Vegas and Orlando right next to each other, instead of over 2,000 miles apart,” Lui explained.

The president of the American Gaming Association, Geoff Freeman, expressed similar sentiments. Speaking at G2E Asia, Freeman stated that he considered the Hong Kong-Zhuai-Macau Bridge, the development of Hengqin Island and the family- friendly aspects of Cotai as “important steps in the right direction.”

“There’s nothing else like this in the world. Las Vegas is great, but Las Vegas is not Macau and vice versa. The experiment that is going on here is very compelling,” he said. In late 2008, China’s State Council approved Hengqin as an experimental New Area, aiming to increase foreign trade and investment, plus “strengthen the cooperation with Hong Kong and Macau in service industry and high and new technology.”

This was shortly followed by an announcement several weeks later by thenvice president Xi Jinping that Hengqin’s development aims would include Macau’s “diversified economic growth”.

While unrelated to Lui’s proposal, this May Macau’s chief executive Chui Sai On met with the director-general of the Hengqin New Area Administrative Committee, Niu Jing, to discuss cooperation between the two territories. Moving on to the theme of taxation, Lui acknowledged that it was “not the right time” to discuss Macau’s gaming tax regime.

However he emphasised the importance of maintaining an ongoing dialogue on the issue with the aim of ensuring that Macau continues to be competitive as a destination, in the face of increasing competition in the Asia-Pacific region.

“We need to keep in mind there are lower-tax jurisdictions actively targeting the highly-mobile Chinese gamblers,” he continued. “At some point in time, depending on the prevailing conditions, there may be a need for all the stakeholders – including the community, the Legislative Assembly, the government and the concessionaires – to have an open and honest discussion on how to ensure long-term competitiveness.”

He also addressed the issue of the Chinese central government’s recent anticorruption drive, that led to steep declines in VIP gambling gross gaming revenue (GGR) for several years, reflecting that in hindsight, Macau had been “much too dependent on VIP”.

Prior to August 2016, Macau’s gaming revenue had been in decline for 26 months, mainly due to the introduction of anti-corruption and money laundering legislation which limited the amount of cash that could be withdrawn from ATMs, put restrictions on the number of casino visits, instated smoking bands and established a ceiling for the number of table games per casino.

“We fully understand the central government’s concerns regarding capital flight. If it is perceived that money is being washed through Macau, it might lead to the tightening of visa restrictions. We need to clearly demonstrate to the central government that we support responsible gaming with full reporting and transparency,” Lui stated.