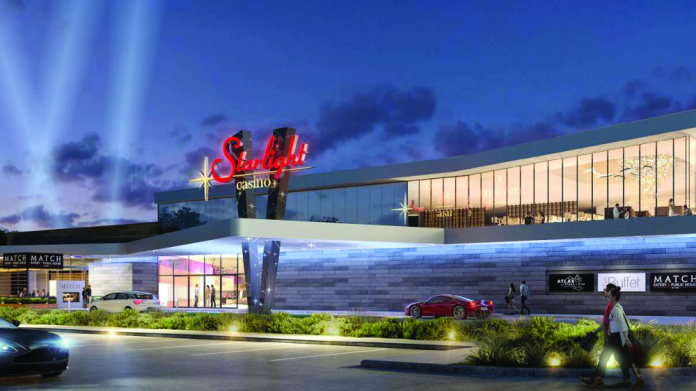 While Neil Young sung about “a town in north Ontario”, it appears that for the Canadian land-based industry, it’s the southwest of the province where things are really happening, after Gateway Casinos and Entertainment received rezoning and site plan approval for its $75m Starlight Casino development in London.

A proposed casino development in London, Ontario has cleared a key milestone, after city council members voted to approve the rezoning needed for the project along with its site plan.

During a council session on 30 July, the motion passed with nine votes in favour, to four against the proposal Gateway Casinos and Entertainment, Canada’s largest private casino operator, to build a new gaming venue in the southwest of the city.

In a separate motion, the council voted 11-2 in favour of holding additional consultation regarding the project with neighbouring First Nations communities.

Prior to the vote, it had been reported that construction was scheduled to commence in September, at the time of writing, it’s unclear if this will still be the case.

During the debate, London mayor Ed Holder underlined that if the project were to face administrative delays, there was a risk that Gateway might opt to move the development to a neighbouring city.

“As someone who understands that time delays mean real money …it’s an indicator that London isn’t open for business,” he argued.

The development marks the second time in two years that Gateway has presented plans for a casino complex in London.

The company estimates the $75m Starlight Casino will create 700 new jobs and contribute and $7m a year to the city’s coffers.

“This casino will provide jobs for people who are looking for them,” said Gerry Macartney, the head of London’s Chamber of Commerce. “Where [highways] 401 and 402 meet, that is at the apex of the busiest trade corridor on the planet. It’s strategically important for them, and for us.”

The 9,290sqm development will include 900 slot machines, 40 table games, a live music venue, and several restaurants, the company said at a public open house in late June.

The British Columbia-based casino operator affirms that the project represents its largest investment in Ontario to date.

“We really envision London being the hub of the entertainment experience in Southwestern Ontario,” said Carrie Kormos, Gateway’s chief marketing and communications officer, pointing to the company’s smaller casinos and slots in Woodstock, Clinton, Dresden and Chatham. “Whether you’re looking for a night out of live entertainment or dining or gambling, we’re going to have lots of options to suit all of those tastes. Many of our restaurants also will be family friendly, which we think is exciting.”

The company’s most recent application lacked the 125-room hotel which formed part of Gateway’s 2017 proposal for a $140m casino complex in the Western Fair District in the north of the city, where the firm currently operates a smaller-scale slot machine facility. But following more than year of negotiations, the company ultimately abandoned the Western Fair proposal and instead purchased a site on Wonderland Road in southwest London from concrete company N-J Spivak.

“It just became increasingly difficult to come to an agreement [at the Western Fair District] and there were a number of issues that arose that we couldn’t have anticipated,” said Rob Mitchell, Gateway’s director of communications and public affairs, speaking in December 2018. “The latest of which was an archaeological study which revealed the ruins of what I believe was a Presbyterian church and it had a cemetery. There were issues about dealing with that …and issues around demolition, the existing footprint, and the ageing infrastructure of the fairgrounds. It became increasingly problematic for us to stay there.”

Mitchell explained Gateway Casinos was also “led to believe” the proposed project could be grandfathered into the Western Fair site – which has hosted gaming for 20 years – under existing zoning bylaws. “As it turned out, we had to re-apply for zoning,” he added.

The Western Fair gaming venue will remain open while construction of Starlight Casino is ongoing, with the 300 staff currently employed at the property set to be transferred to the Wonderland Road site once it’s compete.