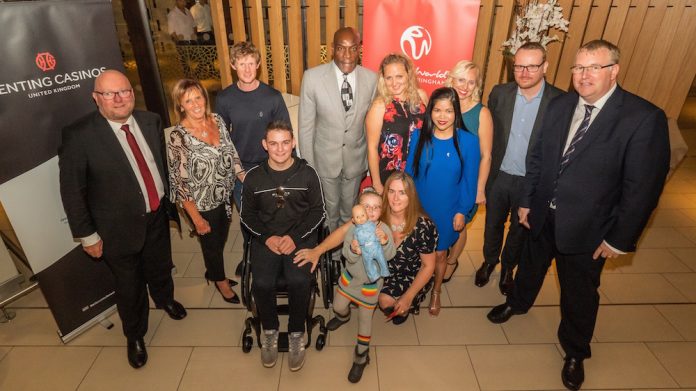 Members of staff from leading casino operator Genting Casino UK have raised more than £121,000 through various running fundraising initiatives over the course of a four-year partnership with CHIPS Charity.

CHIPS Charity was founded on behalf of the UK gaming industry in 2001 in order to raise funds to purchase specialised wheelchairs for young people living in the UK with varying disabilities. The wheelchairs purchased by the charity are donated to children who would otherwise have no way of getting around on their own.

Genting Casino UK have had a relationship with CHIPS Charity since the charity was founded in 2001 and from 2015, a team of Genting UK staff have raised an incredible £121,000 for the charity.

To raise vital funds for the charity, members of staff from the casino operator have pushed themselves to the limit by taking part in running events at home and abroad over the course of the last four years. In 2015, £18,000 was raised by the team at the Royal Parks Half Marathon in London and, in 2016, a sum of £33,000 was raised at the Rock n Roll Las Vegas Marathon and Half Marathon.

The money raised has been used to purchase 18 new wheelchairs for young people with disabilities across the UK, including Essex, Birmingham, Brighton, Luton, Glasgow, Torquay, Bristol, Leicester. As a result of receiving the wheelchairs, numerous children around the UK have gained more independence and a better quality of life.

Linda Lindsay, CHIPS Charity co-founder said, “The money that has been raised by members of Genting UK is quite incredible, every time we work with members of the casino it’s evident to see just how much the charity means to every single team member. From everyone at CHIPS, I want to say thank you for helping to transform the lives of so many people in the UK.

As part of the giveaways that are held by Genting UK, various celebrities have been invited to make the wheelchair handovers extra special, with sports stars such as former boxer Frank Bruno, football legend Kevin Keegan and past superbike racer Carl Fogarty having recently given away wheelchairs to recipients.

Jon Duffy, Director of Corporate Assurance & Regulatory Affairs, said: “It gives me great pleasure knowing that Genting UK have raised such an amazing amount of money for a truly worthy cause. I would like to take this opportunity to say a huge thank you to all the team members at Genting UK who have put so much time and effort into raising money for a charity that has really become close to our hearts.”

“Over the last three years we have built an exceptionally strong relationship with CHIPS Charity and I know that everyone is looking forward to raising more money for the charity in the future, to help improve the lives of many more children.”

The Genting UK fundraising efforts have been spearheaded by Irene Nuqui, Head Cashier at Palm Beach Casino & Assistant to Cash Desk Manager – London High End, who initiated the first of the sponsored runs back in the 2015, and then galvanised the team of employees to raise £121,000 over the next three years. The partnership with CHIPS Charity and Genting UK is continuing into 2019 and preparations are already underway for the Midnight Sun Run in Tromso, Norway on June 22nd, 2019.

Irene Nuqui, Head Cashier at Palm Beach Casino & Assistant to Cash Desk Manager – London High End said, “CHIPS Charity is such a fantastic charity and it has been an absolute joy to be part of the fundraising efforts over the last three years. Seeing the look of happiness on the faces of the recipients when they are presented with the wheelchair makes all the training and hard work worthwhile. Me and the rest of the team cannot wait to work with CHIPS Charity for the years to come.”