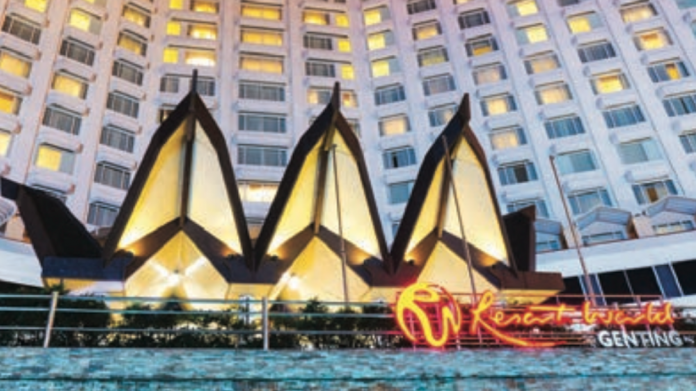 The Genting Group has reported its first quarter revenue hit $1.3bn, a 10.1 percent rise on the same period last year.

The increase comes despite net profit declining 9.8 percent, after one-off asset sales in Q117 added $97m to the figure for the period.

In a statement to the Bursa stock exchange, the group added that the strong performance of subsidiary Genting Malaysia, which generated a 10.6 percent revenue increase of $89.9m, had a significant impact on first quarter results.

“The ongoing strategy to focus on affluent regional business proved to be effective,” said the statement. “The mass and premium mass business continued to deliver encouraging results.”

“The improved performance was mainly attributable to the opening of new facilities and attractions under the Genting Integrated Tourism Plan,” said the statement.

The company noted visitor numbers had increased by 26 percent from Q117, topping 6.5 million, “despite ongoing development works at the resort.”

“The group remains committed to intensifying database marketing efforts to optimise yield management and improve operational efficiencies and service delivery at the resort.”

The company added that it expects to see visitor numbers increase further, with the opening of the 20th Century Fox World Malaysia theme park this year.