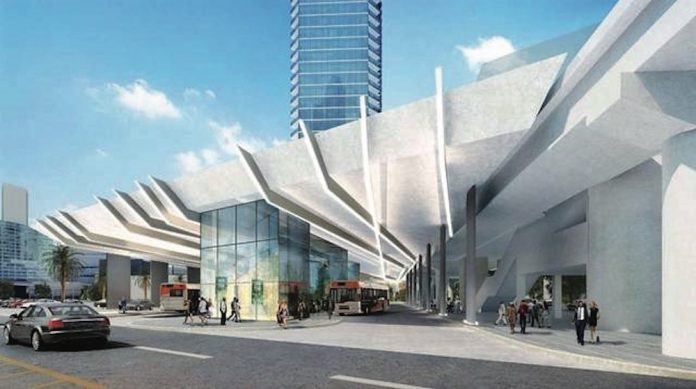 Malaysian casino giant Genting has successfully struck a deal with county commissioners at Miami-Dade to build a hotel on a small plot of land near the site of its long-proposed Resorts World Miami Downtown casino resort project.

The firm has obtained a 90- year lease on an adjacent oneacre plot of public land, which will house a 300 room hotel over the Miami Omni bus terminal, with access to the adjoining Adrienne Arsht Center Metromover station just north of downtown Miami.

As part of the deal, Genting has agreed to make improvements to local mass transit and other systems, including $16m renovation of both the station and the bus terminal.

“The Adrienne Arsht Center Metromover Station will be modernised and improved with private funds from Resorts World [Miami], creating hundreds of construction jobs in the process,” said Michael Levoff, SVP of public affairs for Genting Americas.

Genting will need to make $100,000 per year lease payments while construction is underwayMichael Levoff and an upfront cash payment to Miami-Dade of $10m, while ongoing revenues paid to Miami-Dade include whichever is greater of 50 percent on gross revenues from retail or $300,000 per year.

The company has expressed interest in constructing a casino on the site, although current state laws prevent this, some commissioners expressed support for the idea.

“I am willing to live with a casino there, because it is coming,” said commissioner Joe Martinez. Genting’s previous efforts to build a 5,000-room casino resort on the waterfront have been stymied, with company’s lobbying attempts calling for a change in state law failing so far.

Standing in its way is the Seminole Tribe, who could provide Florida with up to $7bn if their compact is renewed, as well as numerous anti-gambling organisations who don’t want to see gaming move offrez and expand beyond the pari-mutuels.

Getting permission for a casino could be a drawn out process, which would require a change in Florida law, local approval of a gambling expansion, and then a change in zoning to allow for slots or card games on the site.