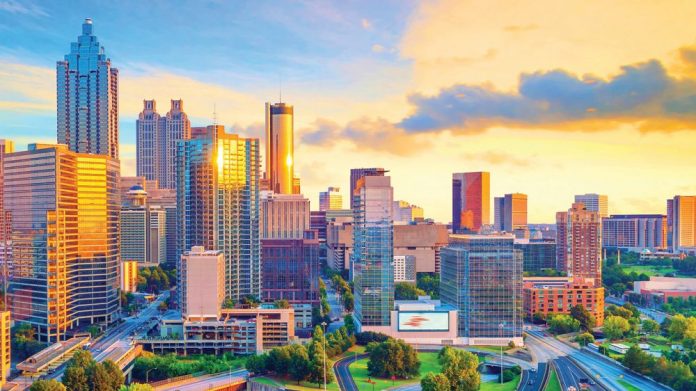 Looking at some of this month’s standout headlines, Steve Norton, chairman and CEO of Norton Management and a former casino executive holding senior roles at Las Vegas Sands, Gold River Gaming and Argosy Gaming among others, discusses why Georgia could use a destination casino, the impact of sports betting in New Jersey, and recommends the authorities in Chicago rethink the location of the city’s new casino.

There are several cities in Georgia, where a harness or thoroughbred race track, with slot machines, would provide meaningful jobs and taxes to General Assembly and the local communities.

But for Atlanta, with nearly 100,000 hotel rooms and one of the world’s busiest airports, the most logical solution is a destination casino, where a downtown location, would generate most of its revenues from visitors; while helping existing hotels increase their occupancy’s and average room rates by attracting more conventions and trade shows, while also increasing both attendance and exhibitors at existing events.

The Las Vegas Strip resort casinos, that have been the top US convention destination since 1990; now derive most of their revenues from hotel and convention facilities, and less than 30 percent of operating profits from their casinos.

On weekends, when convention attendees and travelling businessmen, leave the hotels with lower occupancy; a destination casino, with superior entertainment offerings as well as gaming and a dozen or more restaurant options, would become a major attraction for out of state visitors, which would also add meaningful visitations to other area attractions, like the Atlanta Zoo, Aquarium and museums, as well as professional and college sporting events.

Those concerned about Georgians becoming compulsive gamblers, have to realize that Atlanta already has over 90 flights a day to Las Vegas (six or seven nonstop), plus other gaming nearby, in Biloxi, Alabama and North Carolina.

The Georgia legislature might find it easier to get the votes for a racetrack with slots, rather that a destination casino; but it is unknown what the voters will decide in a necessary referendum.

And racetracks will derive most of their taxable casino revenue from their local community, where a destination casino would likely win over a $1bn annually, primarily from conventioneers, travelling businessmen, and weekend tourists.

Aside from Americas top visitor destinations, Las Vegas and Orlando, Atlanta is close to the room totals of Chicago, Washington, New York and Las Angeles, and has more accommodations than Dallas or Houston.

My recollection of New Jersey’s attempt to repeal PASPA, was to help Atlantic City recapture visitors, lost to New York, Pennsylvania and Maryland. Well in the first 10 months of 2019, Atlantic City’s nine casinos have won $96m, but only $14.7m was won at an AC sports book; a paltry 6.2 percent of the $237m total sports book win in New Jersey.

Nearly 60 percent of the sports betting hold is retained by the Meadowlands and Monmouth racetracks, a healthy 25 percent from the sports book at the Meadowlands, likely from many Manhattan residents looking for a superior experience.

AC has lost 13 of the 14 million line run bus customers, to more convenient casinos like the original Sands Bethlehem (recently rebranded to Wind Creek Bethlehem), and our overall visitor totals are now an estimated 22 million, compared to approximately 35 million, before PA gaming.

AC still badly needs air service, that would help us attract mid-week conventions and trade shows, and allow us to compete with Las Vegas and Biloxi, for markets like Atlanta.

However, there is a less obvious, but potentially more dangerous issue raised by sports betting legalisation, that states should be considering; the likely negative impact to their lottery revenues; supporting important issues, like education.

Most lottery programs, earn 25 percent to over 40 percent, on bets for their many games; but a careful analysis of sports betting, will show that the operator generally earns five to 10 percent on sports bets made, so even a 10 percent tax would only return one percent or less to the state.

And the convenience of betting online, could easily reduce the visits to players’ favourite lottery purveyor.

I would strongly recommend that mayor Lightfoot rethink the location of Chicago’s casino, and place it near Chicago’s hotel capacity and convention center; so that it will earn most of its revenue from visitors, not residents.

Chicago has over 100,000 hotel accommodations, that service most of the 57 million annual visitors to Chicago.

Mid-week, the hotels are full of visiting businessmen, and convention/trade show attendees; typically a higher income individual, whose travel, meals and accommodations are covered by their employers.

I envision a destination casino, with a large showroom and substantial meeting/exhibition space, along with a dozen or more restaurants, located in Downtown Chicago, could produce a casino win of as much as $1.5bn; with a great majority coming from visitors, not Illinois residents.

Tax rates could be higher on slot win, than table games; following the example of very successful casinos and race tracks (with slots), in Pennsylvania, New York and Maryland. But instead of the very high proposed upfront fees, for tables and slots, instead, negotiate the investment required for a mega casino attraction, that will produce far more annually in win taxes.

Prior to 1990, and Las Vegas Sands’ construction of the largest hotel convention hall (the Sands Exposition Center); and the Sands hosting America’s largest trade show, the Computer Industry’s Comdex (with 170,000 attendees and exhibitors), Chicago was the top convention destination in the United States.

Since then, as Las Vegas began to welcome City wide events, they have generally been the top convention destination in the US and show organisers have discovered, that when their convention or trade show is held in a casino destination, the number of exhibitors and attendees grows dramatically.

Not only will the hotel industry’s midweek occupancy’s increase; weekends, that normally have an abundance of available rooms, will also see an increase in visitors, because of the casino; and these visitors will also have time to enjoy the many sporting events, entertainment offerings, or trips to other Chicago attractions.