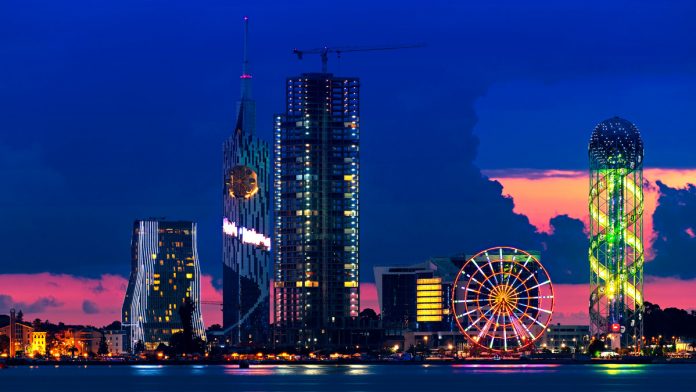 A real-estate development company in the South Caucasus state of Georgia has revealed that it plans to proceed with a long-stalled Trump-Tower project.

[dropcap]P[/dropcap]lans for a Trump Tower in the popular Black-Sea resort of Batumi, Georgia’s second largest city, have been on the table since 2010 with reports at the time suggesting that besides hosting a hotel and apartments, the complex could also include a casino.

The Trump name was expected to appear on both a 47-storey Batumi skyscraper complex and, eventually, a second tower in the capital, Tbilisi.

There had been little word about the development since Donald Trump’s 2012 visit to Georgia to inaugurate the Batumi project, but just over a week after Trump’s election as US president, the Batumi skyscraper appears to be back in the running.

In an interview on 16 November with the Georgian news agency Interpressnews, a senior executive at the Silk Road Group, the Trump Organization’s original partner in the deal, stated that the company plans to proceed with the project.

In the near future, we’re planning to continue this ambitious project.

“We have six years of stable relations with the Trump Organization and together we are looking into the situation,” said Giorgi Marr, who oversees the Silk Road’s real-estate operations. “In the near future, we’re planning to continue this ambitious project.”

There has been speculation on the price of the Batumi project, reported to be $250m, and it is unclear how Silk Road will manage to finance such a development.

There has also been intense public debate in the US over how the Trump Organization will manage to pursue such ventures during the Trump presidency.

The president-elect plans to let his three oldest children – Ivanka Trump, Donald Trump, Jr. and Eric Trump – look after his business interests, but a number of commentators argue that such an arrangement will create a conflict of interest for the US chief of state.