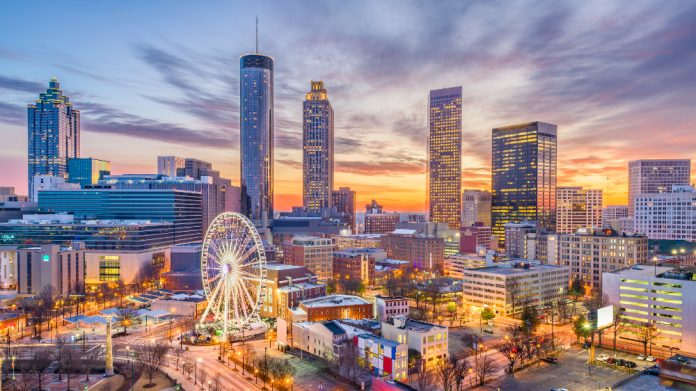 A bill by state representative Ron Stephens which would have opened the door to a referendum on casino resort legalisation in the Peach State hit a setback after the measure failed to gain sufficient support to pass the state legislature’s lower house. Despite this, Stephens affirms that he will present another proposal for casino legalisation next year.

State representative Ron Stephens’ efforts to put a referendum before voters on allowing casino resorts in Georgia, the latest in a long line of legislative initiatives looking to legalise land-based gaming in the Peach State, have hit a fresh obstacle.

A committee hearing on the measure – which was presented as a constitutional amendment rather than a regular bill – was set for Crossover Day, the deadline that proposed bills could

pass from one chamber of the bicameral Georgia General Assembly to the next and still have a clear path to become law.

Stephens’ proposal, House Resolution 327, would have required a two-thirds majority in both the House of Representatives and the Senate to place the question on the ballot, however the measure never came up in the legislature’s lower house on 7 March.

“We’re going to take a deep breath and come back and look at it some over the interim,” said Stephens, adding: “We want to keep the discussion going but we thought today was probably not the appropriate time to do that.”

“I’m not going to give up. I’m going to come back another year. We’ve got a whole lot of venues out here in Georgia that may have only one or two events per year, and they’d like to add some of these tourism products [such as gambling].”

Public support for casino legalisation in the state has increased in recent years. According to a poll conducted by the Atlanta Journal- Constitution in 2017, 69 percent of registered voters in Georgia support casino gambling. Another poll conducted in early February by Virginia- based Public Opinion Strategies found that 85 percent of people backed the idea of legalising gaming through voting.

“We’ll try again. There’s still a lot of controversial [bills in the state legislature]. It was one of those things that came down to maybe it wasn’t just the right time. But the bottom line is we can’t walk away from it,” Stephens continued.

The proposed referendum would have opened the door for the creation of “a limited number of licensed …casino resorts within the state”.

Gambling bills in various forms have struggled to gain traction in the Georgia legislature in recent years.

Supporters of the measure had hoped that by opting not to outline the specific requirements for “destination resort facilities”, and instead choosing to present a broad constitutional amendment seeking to legalise casinos, the bill might have had a greater chance of passing.

Prior to this, in February, Georgia’s governor Brian Kemp confirmed that while he continues to oppose legalised gambling, he would not stand in the way of a constitutional amendment that would let voters decide the issue.

In a statement, the governor’s spokesman added that he “remains opposed to casino gambling but hardworking Georgians will have the ultimate say if a constitutional amendment is placed on the ballot.”

Despite the amendment’s failure this year, City Commercial Real Estate founder Rick Lackey asserted that casino operators will continue to keep an eye on the possibility of a Georgia market opening.

“We have numerous casino operators looking at sites around the state right now and some that have entered negotiations to [option] the sites,” Lackey said. “They all know the current political circumstances.”

“This is 2019, and the vote will be 2020. I don’t think it matters [that it failed this year],” Lackey said. “It should be much easier the next time around. I don’t want to come off like a political expert because I’m not, but it’s like Sunday liquor sales. It’s going to happen.”

Michael Weaver, CCO at Wynn Resorts, shared a similar view. “Wynn Resorts believes Georgia has strong potential for gaming and entertainment when and if the Legislature and Georgians decide they want to allow casino gaming,” he stated.