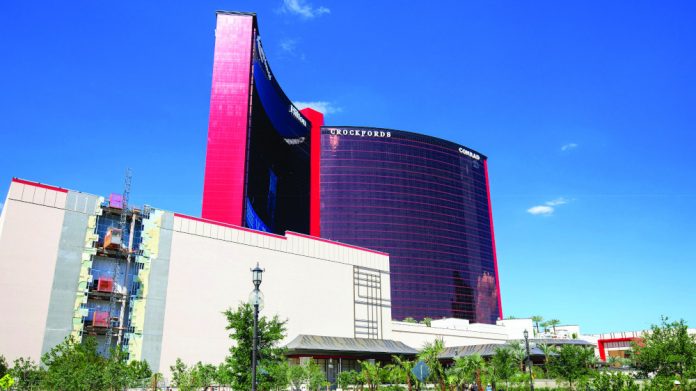 GLI worked directly with Resorts World Las Vegas as well as with multiple suppliers ahead of the property’s opening this June.

GLI has been working on a myriad of technologies directly with Resorts World Las Vegas as well as with multiple suppliers. For example, GLI worked with Konami Gaming to test and certify its Synkros system to ensure integration with a multitude of platforms and applications. Integration testing was completed for numerous systems to provide a connected and seamless guest experience, including NRT Technology’s Quick Touch 3 kiosk, Joingo’s mobile platform, and Genesis Gaming live table solutions.

Additionally, GLI worked closely with the Nevada Gaming Control Board to provide certification of gaming equipment and systems, working against Nevada’s regulatory requirements within a strict timeframe and using a mix of new technologies and applications.

“Working with GLI and Nevada Gaming Control Board to acquire approval of Synkros for the biggest opening Las Vegas has seen in a decade proved to be one of the smoothest and most professional projects I have worked on,” said Spencer Peterson, VP of technical compliance at Konami Gaming. “The cooperation among all involved provided great visibility throughout the entire test and approval process of these new and cutting edge technologies.”

To complete the multiple layers of compliance, GLI used both automation and manual methods to evaluate systems and applications. The automations allowed GLI to turn testing cycles in a matter of days, along with testing whole accounting cycles. As a result of our investment in automation, GLI turned submissions around in a short period of time.

“This was an exciting and important project for all involved because of the rollout of the new technology, as well as the high level of collaboration between all stakeholders throughout the process,” said GLI chief commercial officer, Ian Hughes. We are honoured that Resorts World Las Vegas and Konami Gaming put their trust in GLI as a certification and evaluation partner.”