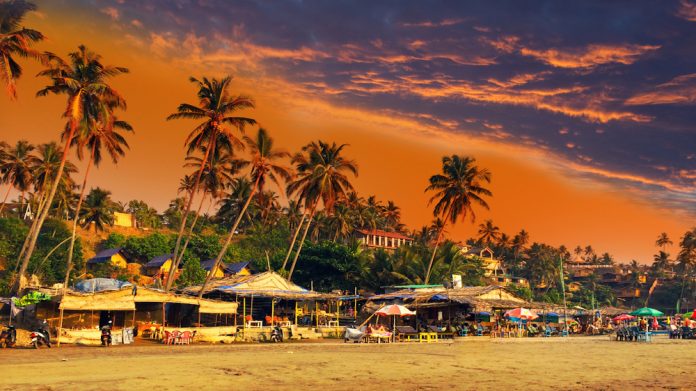 Licensed casinos in the Indian state of Goa could be pushed to relocate to a specially designated ‘entertainment zone’, under draft proposals set out by public works minister Ramkrishna Dhavalikar.

Aminister in the Indian state of Goa has detailed new plans for the region’s licensed casinos to be based in a demarcated gambling zone near the airport, prompting concerns that operators could be forced to relocate from their current resort sites.

In a parliamentary address made at the end of February, public works minister Ramkrishna Dhavalikar set out proposals for opening a special ‘entertainment zone’ in the region, which would be based next to a new airport in the village of Mopa and would host all of the state’s casinos.
The under-construction airport is not expected to open until 2020, and it is unclear what the current timescale is for the opening of the new gambling zone – or what deadline the region’s casinos would be given for moving their sites.

Goa’s touristic coastline is well-known for being home to six iconic ship-based casinos, but these floating resorts have been given a deadline of July 2020 to move their operations onshore. This timing could coincide with the finalisation of the new gaming zone and policy, offering a natural land-based destination for these six operators to relocate to.

Given the fact that the policy is still under development, it has not yet been made clear what will happen to the Goa’s nine existing land-based operators, who operate a range of casino resorts across the state. When pressed for details, Dhavalikar stated that current operators could move to the new zone if they want to, but it seems that those who reject the idea would have their licence revoked.

“We are making a policy,” he said. “Whether they will shift their operations there or not will be decided later.”

The proposals for the dedicated entertainment zone near Goa’s northern border are set to form part of an overarching casino policy which is currently being developed by the state government. In addition to proposals on licensing conditions and locations, operators of floating casinos are hoping for further clarity on which waters they will be permitted to dock in until July 2020.

Before their eventual move to on-shore premises, the on-ship casinos floating off the shores of Goa have been told to relocate to a new waterway by March 31 of this year – but the government has not yet specified which waterway they would allow the boats to move to. Nevertheless, while it seems unlikely that the six resorts will be ready to move by this date, the government has been delaying the deadline on moving for years, and could still shift the goalposts with a further six-month extension.