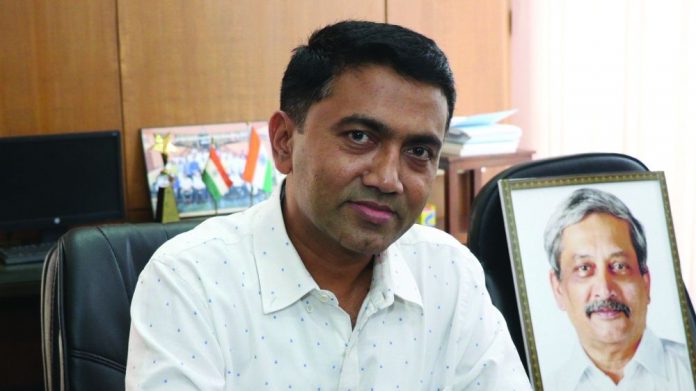 In a fresh policy u-turn, Goa’s government appears to have abandoned its plan to move the state’s six floating casinos to a land-based entertainment zone near Mopa airport, in favour of shifting their mooring to Aguada Bay.

The future for Goa’s casino industry continues to be plagued by uncertainty, amid mixed signals from the state government which appears to have gone back on earlier plans to relocate the six offshore casinos on the Mandovi river to a new land-based entertainment zone.

The Bharatiya Janata Party (BJP) led state government was previously said in be finalising plans to move the casinos to “a land-based designated entertainment zone”, thought to situated near the new airport in Mopa.

However, following the death of chief minister Manohar Parrikar in mid-March, the government now appears to have abandoned this plan and is once again looking to move the casinos to a new mooring.

The situation is further complicated by local politicians antipathy towards the casino industry. On 10 August, Uday Madkaikar, the mayor of the state capital Panaji, said the city government would refuse to renew the licences for the floating casinos when their current six-month stay of execution expires next spring.

“They will not be able to do business here,” Madkaikar stated. “They will have to shift their business operations and …automatically move their entry point out of Panaji.”

In late July it was reported that the state legislature was considering Aguada Bay – situated where the Mandovi river meets the sea near Goa’s capital Panaji – as a possible new location for the casinos.

Tourism minister Dilip Parulekar confirmed the government was “seriously” considering Aguada Bay, as one of four possible new locations for the casinos.

Nevertheless, ports minister Michael Lobo stressed that the government was still in the process of surveying the location to determine its suitability.

Madkaikar also criticised the state government for failing to follow up on a Parrikar-era pledge to ban local residents from gambling in casinos.

“We will soon fix a date from when Goans will be banned from entering both the onshore as well as offshore casinos,” he clarified.

However anti-gambling Congress party spokesperson Trajano D’Mello criticised the government for having a double standard when it comes to the casino industry.

“The BJP believes in ‘Akhand Bharat’ and the principle of ‘one country, one law’. If that is the case, how can the chief minister ban Goans from casinos and allow our brethren from the rest of India to gamble in them?” he stated, speaking during a press conference.

Despite the lack of political support for the industry, revenue generated by the casinos makes a significant contribution to the state budget.

Sawant recently informed the Legislative Assembly that the six floating and nine land-based casinos contributed INR4.11bn ($57.7m) in taxes and fees to government coffers in the last fiscal year.