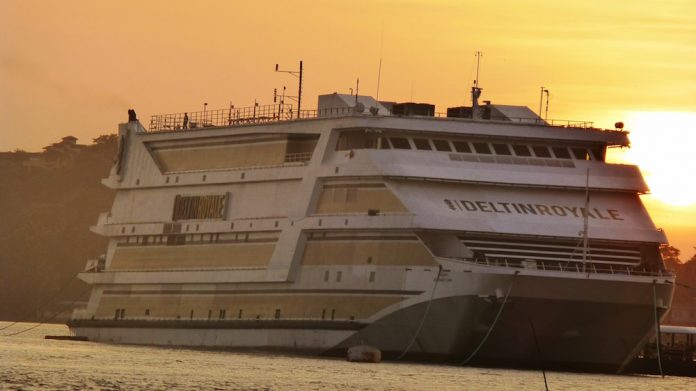 With the government dragging out plans to move the floating casinos on the Mandovi river to a new land-based entertainment zone, Edward Lowton asks what’s on the cards for Goa’s gaming industry?

The attitude of Goa’s government toward its gaming industry presents something of an enigma for the outside observer. While successive administrations have campaigned on an anti-casino platform, their position has become more ambiguous when in government.

While on the campaign trail back in 2016, Goa’s current chief minister, Manohar Parrikar, was vociferous in denouncing the state’s gaming industry, holding protest marches and threatening to “storm the casinos” and forcibly close them down.

But a few months before the 2017 state elections, he shifted his stance, characterising Goa’s casino industry as a “fait accompli” and stating that it had become more acceptable with time. “Situations do change,” he added.

What could be the reason for this change of heart? As is often the case, it seems money talks the loudest, and the fact remains that the casino industry remains a significant revenue generator for Goa.

This was further underlined by Parrikar last July when he affirmed that that the casino industry had “contributed towards welfare and growth of the people and state”.

Economically it’s a worrying time for the coastal state, which as a recent Business Standard report put it, “is staring into an abyss of uncertainty”.

Following the Supreme Court’s decision to effectively ban all mining operations in Goa this March – the second such ban in a decade – the economic outlook for the state appears far from rosy.

Especially in light of that fact that following the previous ban on mining from October 2012 to April 2014, gross state domestic product (GSDP) took a hit of 17 percent, while revenue dropped by 27 percent.

All the more reason for the government not to look a gift horse in the mouth when it comes to the tax rupees generated by gaming, with revenue from casinos contributing $25.2m to the government’s coffers in 2016-17.

But what is behind the hostility towards the gaming industry? For religious and social reasons gambling is a controversial topic nationwide in India, and within Goa the floating casinos on the Mandovi river have been a major bone of contention for nearly two decades.

Local news is rife with negative reports about the casino vessels, accusing operators of causing environmental damage and ‘encroaching’ on a footpath, while a recent a scuffle between casino security staff and patrons went viral on social media, leading opposition Congress party spokesperson Siddhana Buyao to accuse the casino industry of holding “the whole of Goa to ransom”.

In March 2016, Goa’s previous chief minister, Laxmikant Parsekar, gave the casinos a one year ultimatum in which to find a new place to moor, with Aguada Bay, and the Chapora, Sal and Zuari rivers put forward as possible locations.

However after years of granting six-month extensions to this deadline, the government had made little headway, with a sixth vessel, the Big Daddy (Maharaja) Casino, recently commencing operations on the Mandovi.

In another attempt to slice through the Gordian knot, back in July 2017, the government announced that the six offshore casinos would be closed down within three years and moved to “a land-based designated entertainment zone”. It also stated that a new Gaming Commission would be formed to oversee the sector.

The decision was welcomed by Delta Corp’s CEO, Anil Malani, who contended that the company’s casino operations on the Mandovi are currently “strained for capacity”, and that moving ashore would offer the firm opportunity to “plan for years to come.”

In a note in January, Union Gaming analyst Grant Govertsen suggested that the plan to shift the floating casinos onshore “will provide the highest levels of growth in the out years”, and estimated that Goa could become a $1bn market once the land-based casinos open.

Yet almost a year on, there has been little progress on the proposal.

Late last year, Parrikar stated that the government had finished drafting its new casino policy but the legislation would be held over until 2018 to give him additional time to consult with cabinet ministers.

However this statement was seemingly contradicted at the end of February, when Goa’s Public Works minister Ramkrishna Dhavalikar informed the state legislature that the government was still finalising its draft casino policy.

He also announced that the planned entertainment zone would be situated near the new airport in Mopa on the state’s northern border.

Commentators have suggested that with a general election on the horizon in 2019, the state government may want to hedge its bets and wait and see where the political chips fall before rolling out the new legislation.

Despite this, there is still a lack of clarity on a number of issues, including whether the state’s existing land-based venues – situated in five star hotels – will also be required to relocate to the new zone.

In the meantime, the government dragging its heels isn’t the only challenge facing Goa’s casino industry.

A massive hike in various licensing fees which came into effect this April has led to the closure of three land based casinos so far.

Casino operators have petitioned the government to reduce the fees, but their requests have so far gone unheeded.

In the face of its financial worries, it comes as no surprise that the government should choose to squeeze the casino industry for extra revenue, especially given that the move is unlikely to come in for criticism from voters.

On top of this, at the beginning of June, the Directorate of Revenue Intelligence (DRI) issued 10 notices to the biggest casinos ordering them to pay tax on licence fees for three years from 2014 to 2016, a move which unsurprisingly resulted in a legal challenge by operators.

“Demanding tax on statutory licence fees is absurd. It’s like demanding tax on passport fees paid to the government,” said Abhishek A Rastogi, a partner at Khaitan and Co.

In the face of the hike in fees and the government’s plans to move the industry ashore in legislative limbo, it looks like the long-term future for Goa casino industry is still far from certain.