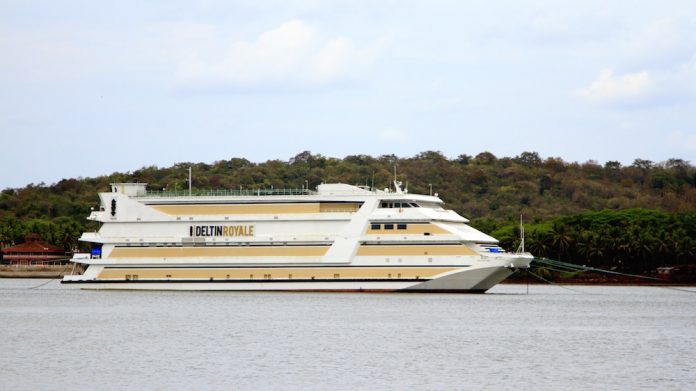 With the industry no clearer as to when Goa’s floating casinos will move to a new land-based entertainment zone, Ranjana Adhikari of Nishith Desai Associates, gives an insight into the factors affecting state’s gaming industry.

On a basic level, India’s political structure is similar to that of the US, with powers divided between the central government and the states.

According to the Constitution, gambling is among the powers corresponding to state government, allowing the state authorities to take the final decision whether to prohibit or regulate gambling and the extent to which they do so.

In the case of Goa, gambling is largely prohibited, with the notable exception of casinos based in five-star hotels and offshore casinos.

At present, the offshore casinos have been based on the river Mandovi for many years now, however there has been a significant amount of controversy surrounding them.

It seems that part of what’s generated this is the fact that their position on the Mandovi is very close to residential premises, leading to complaints about noise and environmental pollution etc. Unsurprisingly, there are also traffic considerations when you have casinos operating 24 hours a day.

More recently, media reports of a scuffle between casino security staff and patrons went viral on social media, and this has provided further ammunition for anti-casino lobby groups.

So these are some of the elements which have coloured the political debate concerning casinos in Goa.

Back in July last year, the government announced that the six offshore casinos would be closed down by 2020 and moved to “a land-based designated entertainment zone”, which it’s thought will be situated near the new airport in Mopa on Goa’s northern border.

It’s also unclear whether the existing land-based casinos would also be required to move to the new zone.

Discussions are apparently still ongoing, but the policy was said to be formulated and was due to come out a some time ago, according to statements by the state’s chief minister, Manohar Parrikar in December.

It’s been a while, but nothing has really happened with regards to the policy shift required for moving the floating casinos ashore. There could be multiple reasons for this, some of which may not be apparent to the eye.

It’s also worth noting that Parrikar has only recently returned to office in June following several months absence due to an illness.

Meanwhile, from a broader perspective, the national elections are coming up in 2019, and given this the timing in India is extremely sensitive right now in terms of policy making.

So for the next year, across the country as a whole, where policy formulation is concerned for any of these controversial subjects, such as gambling, it’s unlikely that we’re going to see a lot of moment.

In general, the legislative situation in India is quite unpredictable at the moment, the recent decision to ban online gaming in Telangana has been a good example of this.

That came out of nowhere, it was not expected at all that there would be any sort of amendment to the state’s gaming legislation.

Looking to Goa, we’re not in a position to see whether or not the policy’s going to be introduced, either as a bill or an ordinance, until there is some movement by the government, such as the publication of an official policy document.

As things stand, everyone is in the dark. The only fact we know for sure is that the government’s intention is to shift to offshore casino to the new zone. Yet nobody really knows how this will happen and the situation is in a state of flux right now.