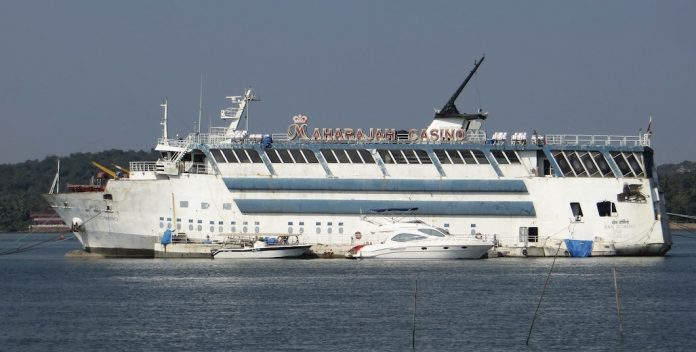 As Danny Kaye once struggled to remember in The Court Jester, “The pellet with the poison’s in the flagon with the dragon; the vessel with the pestle has the brew that is true.”

Golden Globe Hotels has also had problems keeping track of its vessels; after its floating casino, MV Lucky Seven ran aground earlier this year, the company has now struck a deal to relaunch its operations on a different vessel.

Golden Globe Hotels will reportedly be transferring its gaming operations to the MV San Domino after signing an agreement with the ship’s owner Essel Group.

“Our plan is to start operations in the new year, sometime in mid-January 2018, probably after we complete the interiors,” stated an unidentified company director, speaking to the Times of India.

“We have hired MV San Domino for one year. The vessel already has operating licenses and a seaworthiness certificate.

“All that is left is to refurbish the interiors. Otherwise, the vessel is ready for operations. We already have the staff and casino equipment.

“We will use the licence for this vessel till MV Lucky Seven is repaired.”

Essel Group had previously been unsuccessful in its attempt to obtain a license to operate Casino Maharaja on board the MV San Domino, with the vessel lying vacant in the River Mandovi for nine years.

In December, the Goa bench of the Bombay High Court ordered the state government to allot a jetty for the new casino.

Media reports suggest that the dry-docked MV Lucky Seven could be ready to resume operations by the end of February.